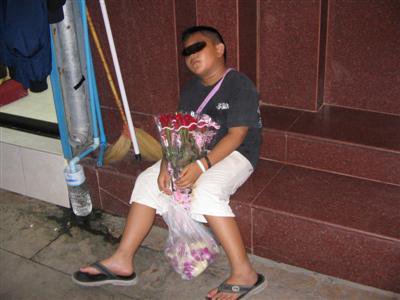 PHUKET CITY: Workplace inspections by the Phuket Provincial Labor Protection Office have found that minors make up a very small fraction of the Phuket workforce.

At a meeting at the Phuket Provincial Labor Protection Office chaired by Phuket Vice Governor Tri Augkaradacha yesterday morning, it was revealed that inspection tours in fiscal 2009 discovered 24 unregistered workers under the age of 18.

The Woman and Juvenile Workers Assistance Center will try to get all 24 youths registered with the Labor Protection Office.

There are currently 62 firms employing 115 legally registered employees under 18, the meeting was told.

Inspections of 74 businesses during the first two months of fiscal 2010 found a total of 877 adult workers, but no minors.

“We will give warnings to any businesses who violate labor laws. If they don’t take action, they need to be closed. As our inspections have revealed, however, there are very few cases involving children in Phuket,” he said.

“As for homeless people begging, both children and adults, foreigners will be repatriated and Thai nationals will be referred to the public welfare system, which will try to get them appropriate career training,” he said.

“Another case is that of people who feign disabilities and ask people for money. The Phuket Provincial Office has already asked police to crack down on this, as it is a common source of complaints from tourists,” he said.

V/Gov Tri said one community in Laem Tukkae continues to have this problem.

“They say it is part of their cultural tradition to beg and that it is necessary [to do so] because they are very poor, so we had to convince them that this was not acceptable behavior,” he said.

Santa to remain in Phuket for high season