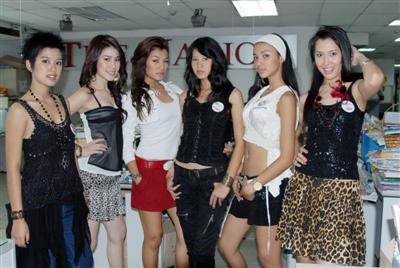 PHUKET CITY (The Nation): An executive decree will be issued shortly to raise the excise tax ceiling on alcoholic beverages in preparation for the implementation of the Asean Free Trade Area (Afta) agreement on January 1, a Finance Ministry source said yesterday.

The Cabinet is expected to consider the measure on Tuesday, just before the arrival of 2010, when the import tax on all imported beer and liquor will be reduced to zero under the Afta scheme.

The planned hike should help prevent cheaper foreign-made alcoholic drinks being dumped in the Thai market once liberalization is in place.

“Alcoholic beverages damage consumers’ health, so it’s necessary to use the excise tax as a measure to manage consumption. Competition in the alcohol industry should also be curbed, because fiercer competition as a result of market liberalization will lead to more consumption.

“In addition, the government should enforce a law banning advertising of these products to prevent further damage to public health,” said a ministry official who asked not to be named.

Under the Afta scheme, Thailand and other Asean countries will be opening up their domestic markets to boost trade within the 10-country grouping.

From January 1, importers of several product classes, including alcohol, will benefit from the zero import tax rate, allowing an influx of cheaper beer and liquor from within the region.

At present, Thailand is the largest market for alcoholic beverages in Asean, followed by the Philippines and Vietnam.

If the excise tax ceiling does not get adjusted before Afta is enforced, Thai producers will be hit hard by an expected surge in cheap, foreign products.

Beside beer, competition in the distilled white spirits and whiskey market segments is also expected to be fierce due to the reduction of import duty.

Child labor ‘not a big problem’ in Phuket