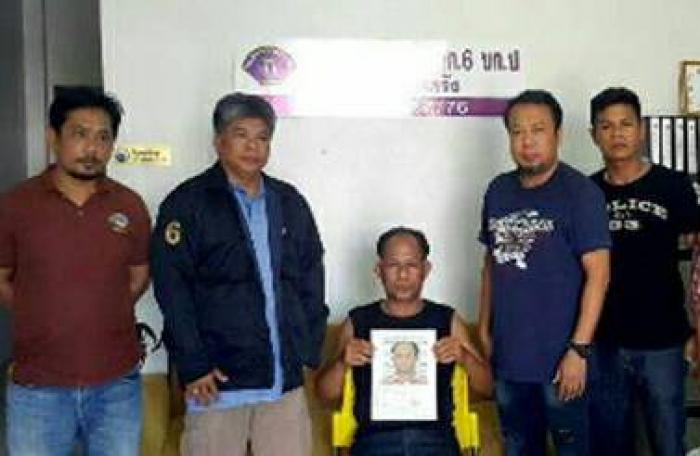 PHUKET: A man wanted in connection with a car bombing in Patong more than 16 years ago was arrested at his home in Trang yesterday.

Police were acting on an arrest warrant issued in May 2003 by the Phuket Provincial Court following a car-bomb attack that seriously injured three people outside of a gold shop in 1999.

Police officers from the Crime Suppression Division 6 (CSD) arrested Sanong Chaiwat, 53, before handing him over to the Patong Police for further processing.

Mr Sanong was wanted for attempted murder, as well as illegal possession of explosives causing serious injury and damage to property, Lt Col Term Phiwkham of the CSD told the Phuket Gazette.

Police are still hunting for an additional suspect, Phantira Thipjanta, who allegedly helped carry out the bombing. The attack is believed to have been linked to an emotional entanglement.

The bomb, which police say was planted under the passenger seat, went off when Ms Hongsuda sat in the seat. It blew out the roof and windows of the Toyota Hilux, leaving Ms Sirinapa with serious facial burns and injuring Mr Somkiet and Mrs Hongsuda (story here).