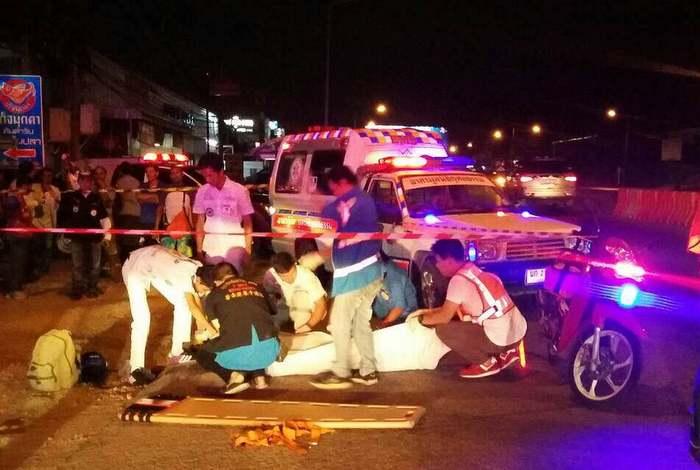 PHUKET: Police are hunting the driver of a fuel-transport truck who fled the scene after killing an Indian man in Phuket last night.

“Cheriya Parambil Johi, 40, sustained a serious head injury in a motorbike crash on the bypass road and was pronounced dead at the scene. The other passenger, Thai national Veera Morthong, 28, was also seriously injured,” said Lt Col Chana Suthimas of the Phuket City Police.

Police found an Ital-Thai Construction Company fuel truck nearby that was allegedly involved in the accident. However, the driver was gone.

“Judging from witnesses’ statements, the truck may have hit the motorbike from behind, making the driver lose control and fall,” said Col Chana. “We are working with the company to track down the driver.”

Inside the truck, police found the business card of Ital-Thai employee Samran Janput. However, they have yet to confirm that he was the man behind the wheel at the time of the accident.

“Whoever the driver is, we will track him down and charge him with reckless driving causing death and injury,” confirmed Col Chana.

Representatives from Ital-Thai Construction Company have already visited Mr Veera in hospital and are in compensation negotiations with the family of Mr Johi.

Car-bomb suspect arrested after 16 years on the run