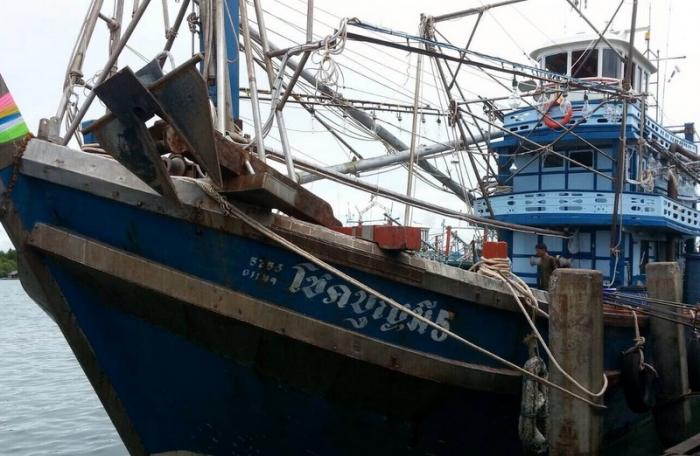 PHUKET: The leader of a group of armed men who hijacked a Thai fishing vessel south of Phuket told police that they were hired by the boat’s previous owner, who had yet to be paid in full for the vessel.

Satun Provincial Police, Satun Marine Police, along with Koh Lipe Police, arrived in Langkawi, Malaysia on Friday to pick up the two suspects.

“The suspects told us that the purchase of the vessel was made several months ago. However, the Thai owner, Falil Pongtae, allegedly has an outstanding debt of about 10mn baht,” explained Satun Provincial Police Commander Thatthongsak Phupanthatchasri.

“Only one of the two firearms used during the hijacking was real. The rest of the weapons wielded by the men were axes and slingshots,” he added.

Mr Madyusup and Mr Ta-een were charged with Section 340 and 310 of the Criminal Code: gang robbery and depriving a person of their liberty. Additionally, they were charged with the illegal possession of a firearm.

The men confessed to the illegal possession of a gun and depriving a person of their liberty, but denied having committed gang robbery.

Police did not reveal how much the men were paid to commandeer the Chok Boonmee 5. However, Malaysian authorities are working alongside Thai police in the investigation, confirmed Gen Thatthongsak.

Chalong bodhisattva image to be removed

Big prizes up for grabs at Phuket Red Cross Fair