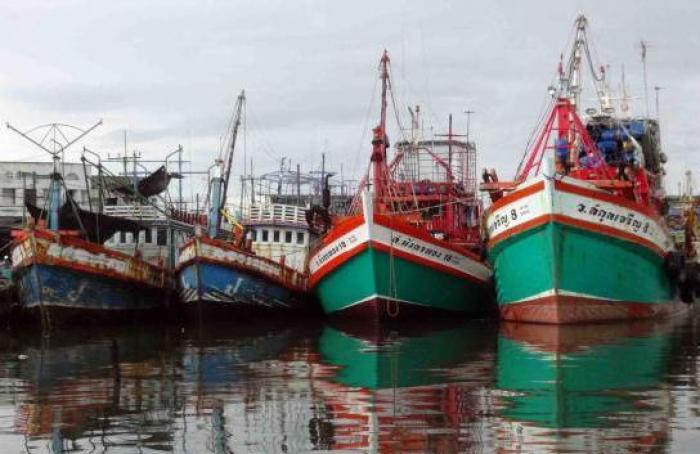 BANGKOK: To deal with issues regarding illegal, unreported and unregulated (IUU) fishing vessels, authorities have terminated the operation of more than 8,000 illegal fishing trawlers, the Command Center for Combating Illegal Fishing (CCCIF) said on Friday.

The CCCIF also noted that it settled a conflict between a local fishing community and big commercial trawlers by marking out borders for them. The borders are about 10 kilometers from shore in the Gulf of Thailand and about 5km into the Andaman Sea.

Trawlers larger than 6 gross tonnes must be equipped with a surveillance system, the CCCIF said, adding that this system has already been installed in 4,968 fishing trawlers so far.

Thailand has been making an effort to maintain order in the fishing industry since the European Union (EU) issued the Kingdom a yellow card in April for not taking sufficient measures in the international fight against illegal fishing (story here).

However, the EU extended its six-month deadline from October, to give the country more time to improve its fishing practices.

Measures to stop IUU practices have had some implications on small fishing operators, and in response the Cabinet approved a 228-million-baht budget to assist fishermen, including granting soft loans to help some switch professions, the CCCIF said.

The CCCIF also mapped out a five-year national action plan to counter illegal fishing and to urge fishermen in the Kingdom to comply with international standards.

Vice Admiral Jumpol Lumpiganon, chairman of the CCCIF, told the press that Thailand had taken big steps in combating issues related to labor and illegal fishing over the past year in response to the EU’s demands.

“The Kingdom is now looking beyond accomplishing the EU’s decision on whether to upgrade Thailand, as the country is moving in the right direction, which meets international standards. We hope Thailand will pass all assessments in the future,” V/Adm Jumpol said.

He added that the government had been working closely with the private sector and had set up a management plan to deal with IUU fishing by issuing and enforcing many laws and regulations.

V/Adm Jumpol also noted that 22 EU envoys had said in an initial meeting that they were quite satisfied with Thailand’s moves to fix IUU issues. He said the EU would send a team to check on Thailand’s efforts next month before deciding whether it will maintain the country’s yellow card or change its status.