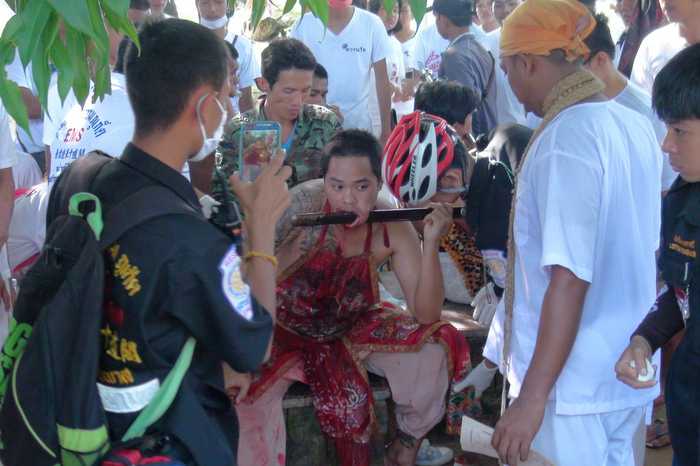 When they arrived, the ma song, who had pierced his cheek with a large wooden blade, was bleeding heavily from the open wound, a rescue worker told the Phuket Gazette.

Despite the blood loss, the spirit medium performed a cultural ritual to release the god’s spirit from his body before the workers could remove the blade.

Rescue workers sawed the blade in half to remove it, and the ma song was transfer to Vachira Phuket Hospital for treatment.

Rescue workers told the Gazette that there were several other ma song involved in this morning’s procession who were unable to make it to the procession’s final destination at Saphan Hin due to heat exhaustion. They were also transferred to Vachira Hospital.