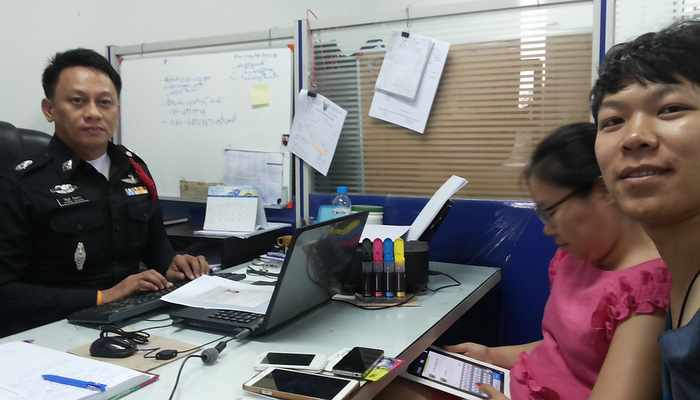 Natthapong “Mad” Intan ,19, and his 17-year-old accomplice were both arrested at their rented accommodation in Rassada.

“The two had been walking along Namtok Ton Sai Road, when the two thieves rode past on a motorbike and snatched Ms Li’s bag. Inside was 500 baht in cash, two mobile phones and some documents,” said Maj Kittiphum.

“Using the GPS signal from Ms Li’s mobile phone, we managed to track down the two teenagers at their rented room on Soi Patchanee.”

Both suspects confessed to the crime and were taken to Thalang Police Station, where they were charged with theft, confirmed Maj Kittiphum.

“Because one of the suspects is underage, he will have to appear before the Phuket Family and Juvenile Court on Monday to hear the charges against him,” Maj Kittiphum explained. “The other will be processed normally.”