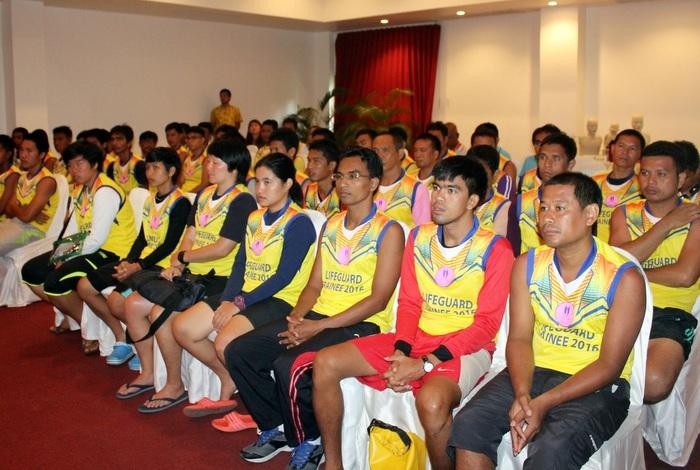 PHUKET: About 60 volunteers took part in a training seminar on emergency life-saving techniques at Phuket’s Air Traffic Control Center May 10-14.

The annual lifeguard training was sponsored by the Phuket Provincial Administration Organization (PPAO), and was supported by members of the non-profit organization Surf Life Saving Australia.

Phuket Lifeguard Club (PLC) President Prathaiyuth Chuayuan said the training is designed to give volunteers practical experience in lifesaving techniques. The PLC has 98 lifeguards manning 38 stations at 12 beaches in the province.

The volunteers learned life-saving techniques such as cardiopulmonary resuscitation [CPR] and how to use an automated external defibrillator (AED) as well as surf rescue tactics.

Mr Watcharin said the volunteers can use the certificates they’ve earned to apply for additional training courses and to guarantee their proficiency in lifeguarding to potential employers.

“The training is divided into three levels: basic, intermediate and advanced lifeguarding skills. After five days of training, volunteers receive a certificate for either Basic Surf Lifesaving, Surf Rescue or Bronze Medallion.”

Body of missing swimmer washes up at Nai Harn