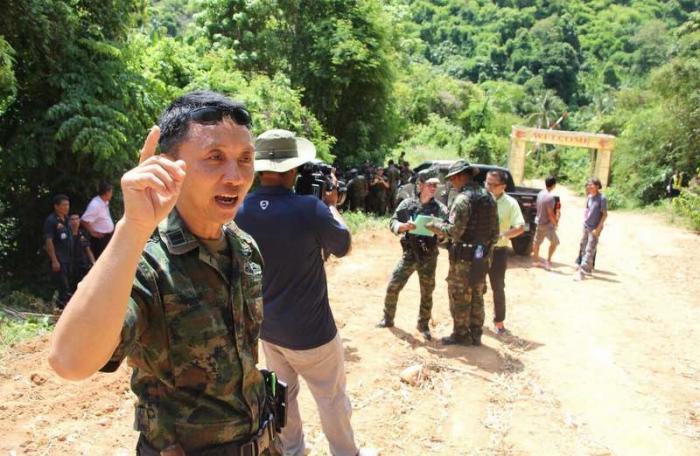 PHUKET: An Army colonel is under investigation after he was allegedly recorded threatening a Navy officer for breaking up an underground casino in Chalong on Sunday (story here).

Lt Somphop Kamkana of the Royal Thai Navy Third Area Command was one of the Navy officers that aided in the raid that saw more than 40 suspects apprehended.

“At the police station, one of the suspects handed me a phone and said that someone wanted to talk to me,” Lt Somphop said. “He introduced himself and proceeded to tell me that the Navy had no right to execute such raids and threatened to have me transferred if I didn’t let the suspects go.”

Lt Somphop declined to name the officer, but referred to him by his nickname, ‘Col Phaek’.

“Col Phaek became increasingly irritated and rude, so I decided to record the conversation and hand the recording over to my commanding officer,” Lt Somphop said. “I really didn’t think it was Col Phaek at first, but I was able to confirm that the phone number was his.”

Col Phaek is currently an officer for the Internal Security Operations Command Region 4.

“I am not scared. Everything I am doing is legal; I will continue to do my job by keeping peace in Phuket,” Lt Somphop added.