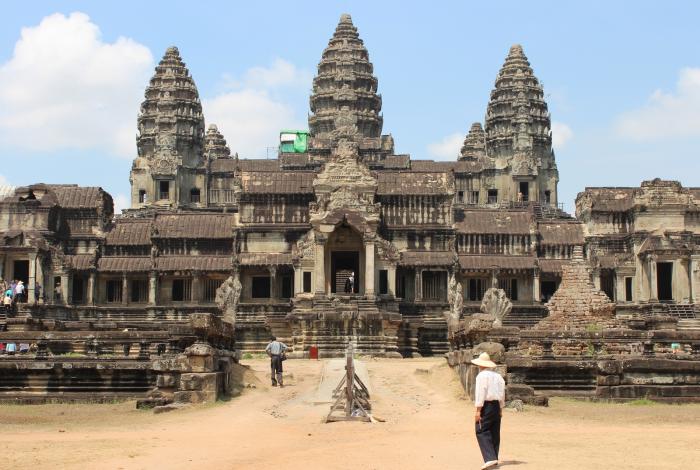 CAMBODIA: Multiple, previously undocumented medieval cities not far from the ancient temple city of Angkor Wat have been discovered, The Guardian reported on June 11.

The report said that these groundbreaking discoveries may completely change key assumptions about Southeast Asia’s history.

Australian archaeologist Dr Damian Evans reportedly used airborne laser scanning technology to reveal the cities, which he dated at between 900 and 1,400 years old, beneath the tropical forest floor. Some of them rival the size of Cambodia’s capital, Phnom Penh.

It was also reported that Mr Evans will publish his findings in the Journal of Archaeological Science on Monday.

Some experts believe that the analyzed data shows that the colossal, densely populated cities would have constituted the largest empire in the world at the time of its peak in the 12th century.

The data was captured in 2015, during the most extensive airborne study ever undertaken by an archaeological project, covering 1,901 square kilometers.

“We discovered entire cities beneath the forest that no one knew about – at Preah Khan of Kompong Svay and, as it turns out, uncovered only a part of Mahendraparvata on Phnom Kulen [in a 2012 survey] … this time we got the whole deal and it’s big, the size of Phnom Penh big,” The Guardian quoted Evans.