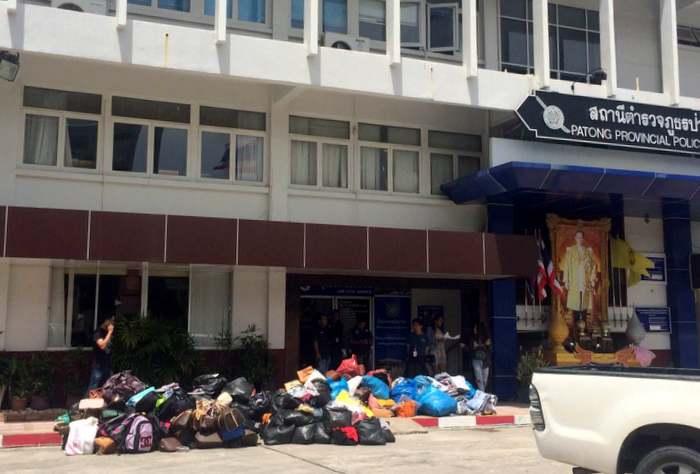 “We seized a total 2,072 pirated goods, including handbags, clothes, shoes and other items,” Col Kittisap said. “This time we also managed to catch the shop owners as well. Normally, they run way before we arrive.”

Pirated, or knock-off goods, are usually imitations of luxury and widely-known brands.

“We scouted the area, as we had received complaints from both locals and tourists that there were many stalls and shops selling pirated goods there.”

The seven people arrested will be charged with selling trademark counterfeit products, which carries a maximum penalty of two years imprisonment, or a fine of up to 400,000 baht, or both.