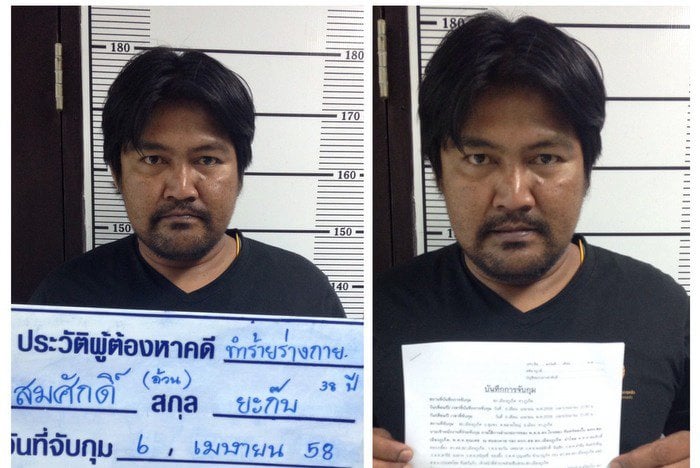 PHUKET: A male nanny wanted for the alleged rape and killing of a 1-year-old boy in Phuket Town surrendered to police last night. However, the 38-year-old man has denied the allegations.

Police launched a manhunt for Somsak Yakob after he called the child’s mother to tell her that her son had fallen to his death. He left the baby’s battered body at Vachira Phuket Hospital after the child’s mother arrived (story here).

“Mr Somsak tried to hide out in Phang Nga, but we urged his family to talk to him and convince him to turn himself in,” Phuket City Police Deputy Superintendent Khunnadet Nanongkhai told the Phuket Gazette today.

“He surrendered to police at Phuket City Police Station at about 9pm last night, but denied having raped and killed the baby.”

“Additional charges for the suspected rape are pending until we receive autopsy results. We expect to get them in about a week,” Lt Col Khunnadet added.

A press conference about the case will be held at Phuket City Police Station today at 2pm.