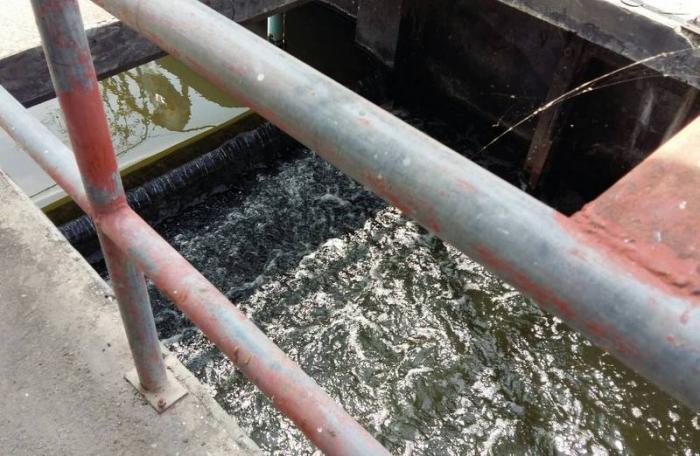 PHUKET: The cloudy green-colored surf off Patong Beach is a normal occurrence caused by an annual algae bloom, not pollution, officials confirmed today.

Vice Governor Kajornkiet Rakpanitmanee made the reassurances today after members of the public became concerned that untreated wastewater was to blame for the usually clear water in Patong Bay turning a muddy green-brown color in recent weeks.

“The water should be back to normal in the next two or three days,” said the vice governor after inspecting Patong’s wastewater treatment plant.

Engineering consultant for the Patong wastewater treatment plant, Phanuphong Wasasiri, confirmed that all the water being treated at the water works was safe and clean.

However, he pointed out that about 20 per cent of the all the wastewater flowing from Patong did not actually reach the plant to be treated.

“The plant is working efficiently and treats about 80 per cent of all the wastewater created in Patong,” said Mr Phanuphong.

“The murky water in Patong Bay is not due to any problems at the treatment plant,” he said.

Mr Phanuphong added that infrastructure improvements are planned to ensure all of Patong’s wastewater reaches the water works, pending government approval of the required budget.