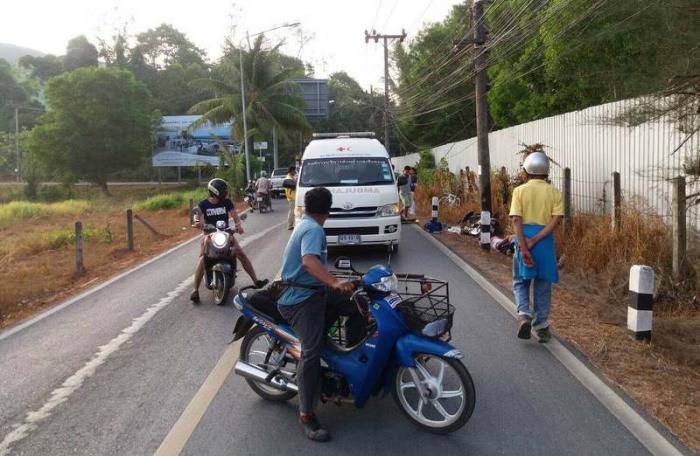 PHUKET: A motorcyclist was killed in a high-speed collision with a roadside power pole in Cherng Talay this morning.

Two people were on the motorcycle when it hit the pole along the road from Layan Beach to Ban Don. The other rider, who was wearing a crash helmet, survived, but suffered severe injuries.

“The accident occurred at about 6:45am. Boontan Sonthong, 34, was pronounced dead on arrival at Thalang Hospital, whereas Wuttiya Tuntendee, 40, is being treated for back injuries,” said Lt Col Rassada Kleungwong of the Thalang Police.

Col Rassada could not confirm which of the men was driving at the time of the accident.

The death unofficially marks the third fatality in the province during the Songkran seven days of danger road-safety campaign.

Police are waiting for blood test results before deciding whether to press any charges.

Algae to blame for murky water in Patong Bay