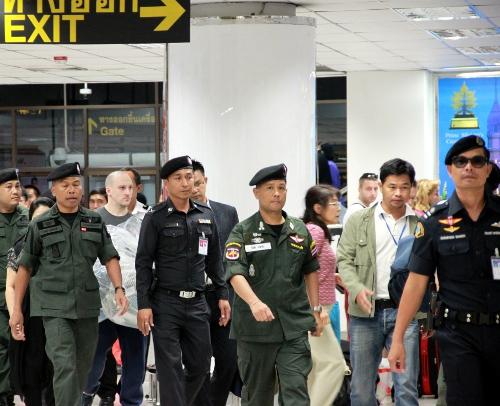 PHUKET: British national Lee Aldhouse entered a plea of not guilty this week for the murder of former US Marine Dashawn Longfellow in Phuket in 2010.

Aldhouse was presented to the Phuket Provincial Court on Wednesday and formally charged with murder. The maximum penalty under the charge is death.

“He has been charged with premeditated murder under Section 288 of the Thai Criminal Code. The penalty for that charge is death or a term of imprisonment of 15 to 20 years,” Tawan Suknirundorn, the public prosecutor assigned to the case, confirmed.

However, Mr Tawan explained that his understanding was that the death penalty would not be considered as an option in the sentencing if Aldhouse were found guilty, as he had already confessed to stabbing Mr Longfellow.

“Mr Aldhouse entered a plea of not guilty to the court on December 26,” defending lawyer Somkiet Pornpromma confirmed to the Phuket Gazette.

“However, on February 18, at 1:30 pm, both parties will be in court to set the trial date,” Mr Tawan said. “On that day, the judge will ask Mr Aldhouse again if he chooses to enter a plea of guilty or not guilty.”

Day two of Seven Days of Danger witnesses another road-death