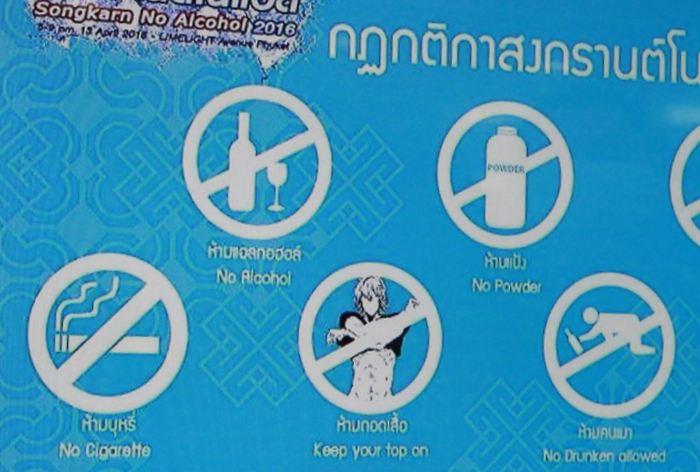 PHUKET: Limelight Avenue will be hosting a clean fun Songkran party on April 13 to encourage people to partake in the wet holiday in a responsible manner.

Under the slogan ‘Songkran No Alcohol and Discovery Thainess’, the party will run from 4:45pm to 9pm, with musical performances by Absolution, Black Sheep and Zeal.

“The main purpose of the event is to encourage people not to drink during the Songkran festival and to support the ‘Thainess’ of Songkran,” said Vice Governor Chokdee Amornwat on Wednesday. “We encourage participants to dress up in traditional Songkran style.”

The first 100 people who register for the event will receive a gift, confirmed organizers.

“It’s a great idea to have an alcohol-free zone such as this, especially as it runs parallel with our efforts to stop people from driving drunk,” said Phuket Provincial Police Commander Teeraphol Thipjaroen.

Drivers who are caught under the influence of alcohol will have their vehicles impounded during the Songkran ‘Seven Days of Danger’ road-safety campaign from April 11 to 17. Police will not return the vehicle until the end of the campaign (story here).