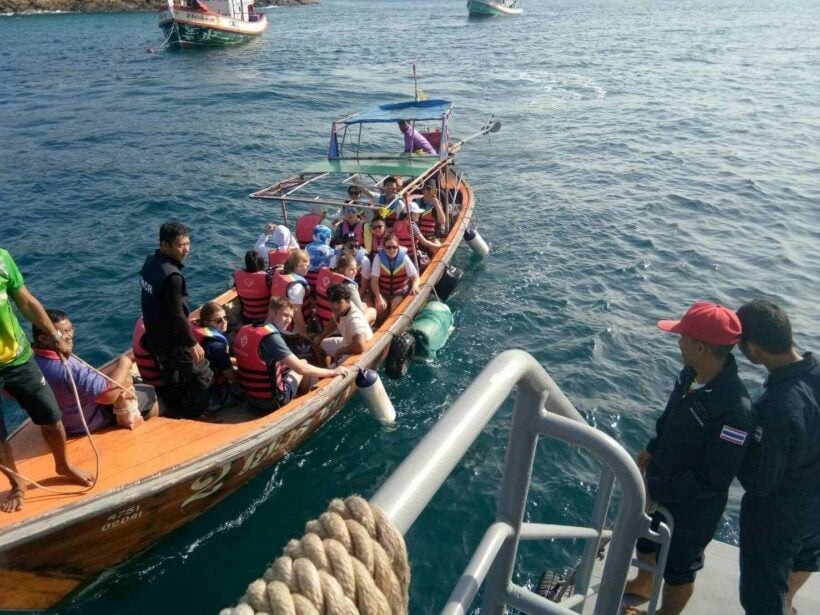 The Phuket Marine Police were called today (July 19) to fetch about 30 tourists back to Chalong Pier from Koh Rach Yai, following another day of strong winds and high seas.

At 6am today the Phuket Marine Police were notified that there were 6 Thais, 15 Chinese, 2 Russians and 7 New Zealanders that were stuck at Koh Racha Yai and unable to depart the island yesterday due to the strong winds and high waves. They’d been staying on the island. They were needing to get back to Phuket airport for their onward journeys.