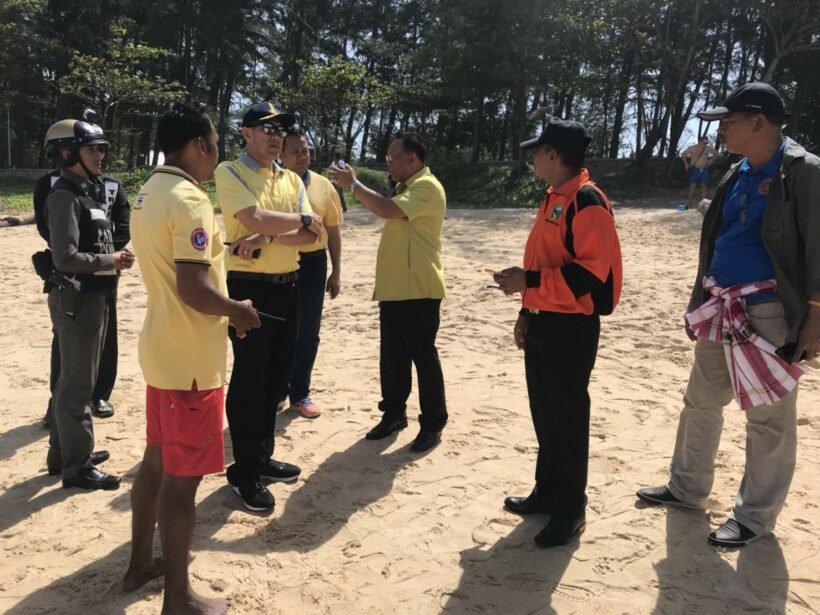 Red flags have been put up on Nai Harn and Yanui Beaches to warn tourists of a crocodile in the water.

Locals and Rawai Mayor Aroon Solos have been patrolling the southern beaches trying to locate the crocodile that was first reported yesterday morning by a local fisherman.

Mayor Aroon says, “I can confirm that there is a crocodile which is three metres long. This crocodile has been spotted lying on Nai Harn Beach about three times. Every time someone spots it and tries to get closer for a photo it scampers into the sea.”

“Last night the crocodile was spotted lying on a rock in front of a hotel at Nai Harn Beach.”

Authorities and local fishermen are now in the process of tracking down and catching the crocodile.