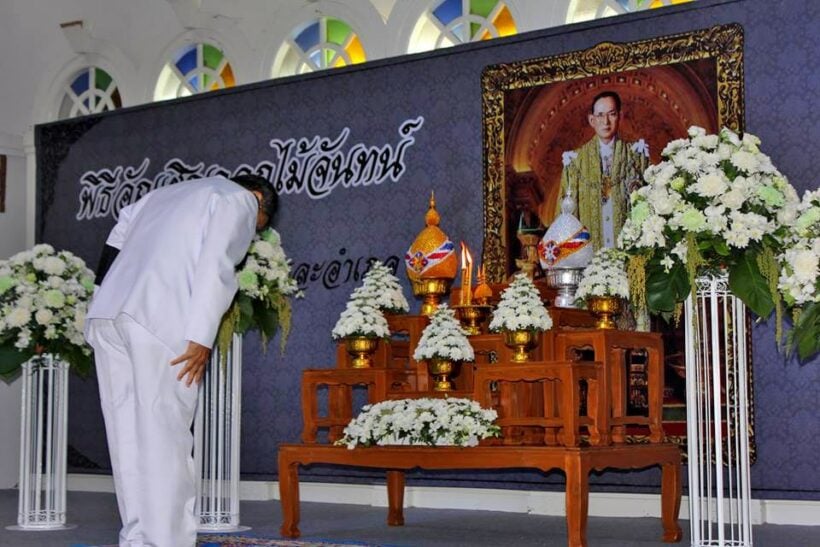 Today (September 18), Phuket’s Governor, alongside the Phuket provincial Abbot monk, chaired a local Buddhism ceremony in order to respectfully receive the 450,000 funeral wood flowers that will be sent to Bangkok for the forthcoming cremation of the Late King Bhumibol Adulyadej.

A number of flowers made by locals reached more than the expected 438,000 and people can still participate to make more of them until the cremation date on October 26 as there are two rounds of sending the flowers to Bangkok; one is today where flowers are sent to Ministry of Interior to transport to HM the King Bhumibol Adulyadej’s crematory in Sanamluang. There will be another round on the cremation date.

The local ceremony took place at Satree Phuket School consisting of 10 monks who chanted the prayer followed by 89 seconds of quiet praying by the attendees, followed by some offerings to the monks. 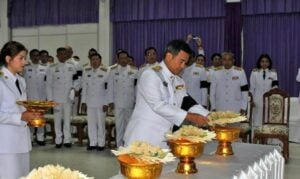 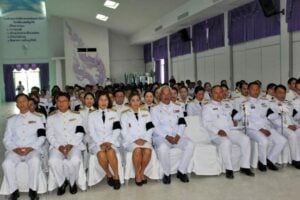 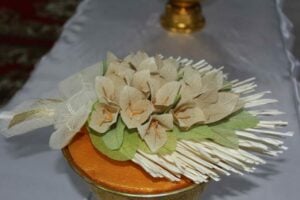