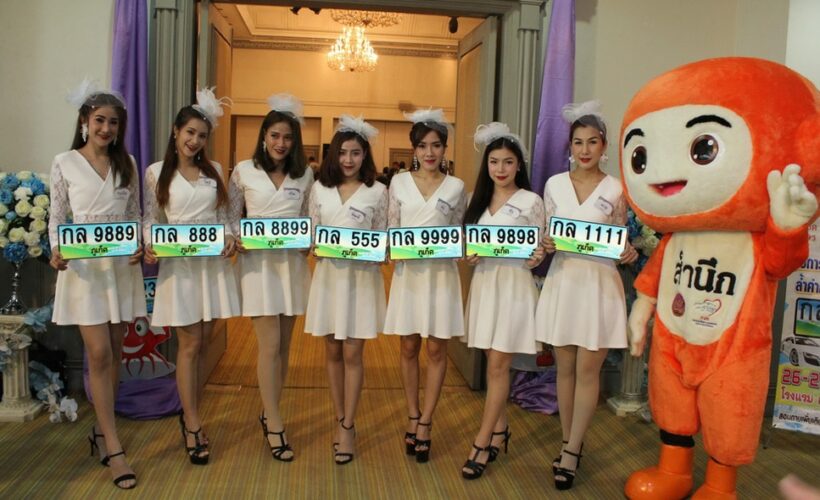 The Director-General of the LTO, Sanit Promwong, chaired the event alongside the Phuket Governor and local authorities. A large crowd attended the auction and the highest bid was a whopping 1 million Baht for the plate number กล9999 (Gor Gai Lor Ling 9999), Phuket.

The auction took place today and will be on again tomorrow (August 26-27) at the Metropole Hotel, offering license plates for private cars, minivans and pickup trucks.

“The auction this time is under the category กล which represents ‘wealthy progress and Andaman’s worthy heritage’. There have been 11 auctions so far in Phuket reaping a total revenue of 214,022,331 Baht and this amount of money has been spent on road safety measures,” said Banyat Kanta, Chief of Phuket Land Transport Office.

“This 12th auction expects an income of 22 million Baht and we will use this amount for road safety measures as well as purchasing equipment to improve road safety for disabled persons.” 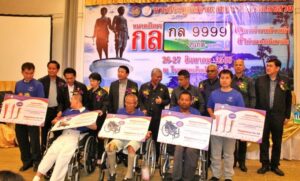 Meanwhile, Phuket’s Governor added that the auctioned plates have a beautiful backdrop of Phrom Thep Cape, which is the landmark of Phuket.

“Phrom Thep Cape is a Phuket signature. Having the picture of it on your plate helps to promote Phuket tourism also. I would like to thank everyone who attended for their cooperation.” 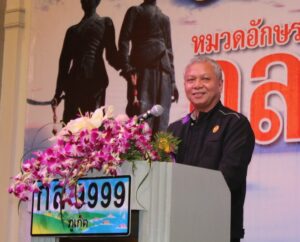 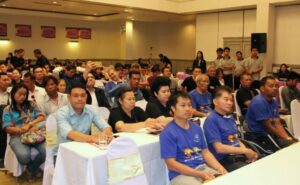