The aim of the exercise was to facilitate the coordination and communication between different bodies, such as government officials, airport and airline staff and business operators in the event of an emergency.

The rehearsal focused on an accident scenario where an aircraft was involved in a ground incident with an aircraft’s wing catching fire because of an oil leak. This incident was created to follow the ICAO Doc 9137 Airport Service Manual and based on the advice of the International Civil Aviation Organization.

The rehearsal took place at the parking bay number 16. 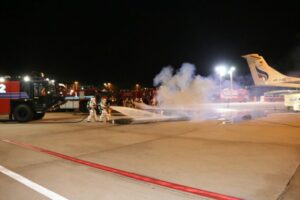 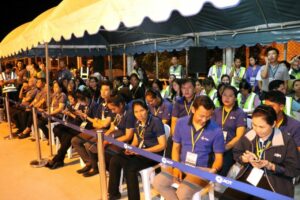 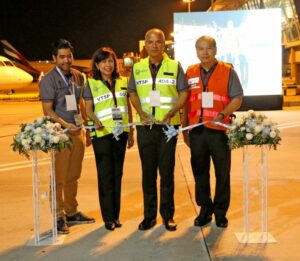 (All the ‘blood’ and wounds are simulated)

Would you pay One Million Baht for a number plate?