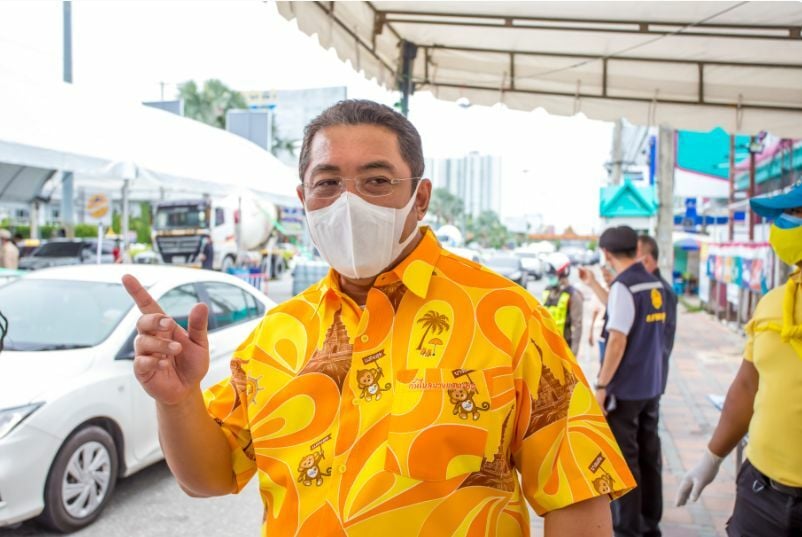 The mayor of Pattaya attended a ceremony on Koh Larn on Monday to present a children’s playground on the island fixed and refurbished. The mayor donated 100,000 baht of his own money to the project, calling it a ‘gift’ to the children of Koh Larn. The mayor, Sontaya Khunpluem, said many children on the island don’t have the same entertainment and resources that kids in mainland Pattaya have.

Local media said the playground, before it was refurbished, used to be falling apart. It was eight by ten meters in size. Sontaya said he decided to donate his own money because he knew the request process for funding for the playground would take time.

The playground isn’t the only structure on Koh Larn that needs updating. Sontaya also plans to fix the walkway, roof and railings on the island’s main pier.

Last month, a the railing of another wooden pier on Koh Larn broke. Four Thai tourists who had been leaning against the railing were injured when they fell onto the rocks around two metres below. The four were posing for a photo. One of them had a stroke, Thai media reported. Another was suffered a serious head injury. The authorities visited all of the patients to offer compensation of 5,000 baht for each, but one relative shared that the money wasn’t enough.

Sparktrader
Just now, HolyCowCm said: He became a politican to rake in the bucks, so the question would be, how little is 100,000 in ratio percent when compared to how much he has pocketed. Probably not even a thinnest of a…