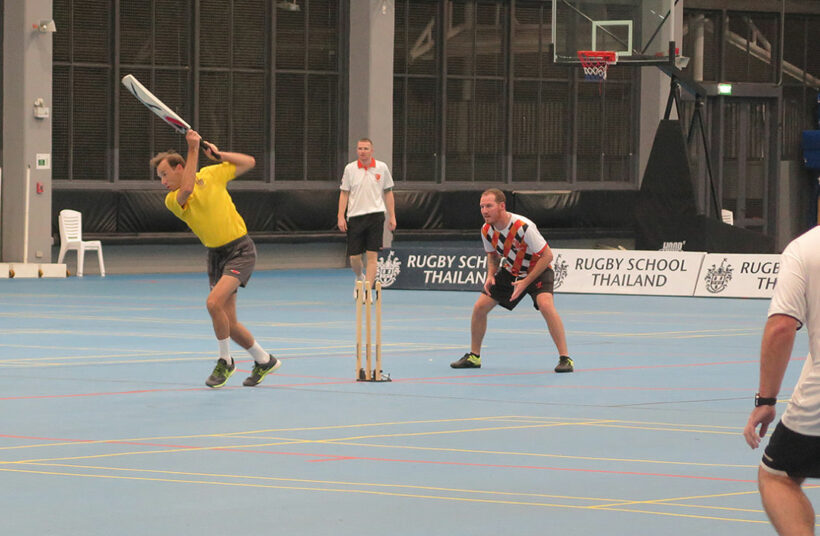 Round 3 was played at Rugby School in Bang Lamung between PCC (Pattaya Cricket Club) and RST (Rugby School Thailand). There were indoor cricket debutants for both teams: Carl Pohl for RST and Pravit Grover, Edwin Van Rensburg and Andy Holt for PCC.

This was yet another very close game where dropped catches, missed run out opportunities and extras were crucial to the end result which was a win for PCC by one run in a nail-biting finish.

RST opened the batting with Pete Reea and Chris Sizer who scored 27 whilst Chris was caught by Edwin Van Rensburg off the last ball of Bernie Lamprecht’s over. RST’s usual ability to protect their wicket deserted them and they steadily lost wickets through the game, losing 10 in all.

The next 3 overs from Carl Pohl and Nick Hitchmough were no exception – 24 for 3 wickets. Charlie Row and Guthrie Miller rallied the team with 31 for Charlie’s wicket. Things went downhill again when Matt Mann was out 3 times in 2 overs, twice to Bernie Lamprecht and once to Matt Harkness. Matt’s partner,

Chris Landorp, who, normally a prodigious scorer, was kept under raps and they were limited to 20 for 3. The final pair of Captain Ryan Driver and Lewis Madd recovered the situation by smashing 40 runs but lost 2 wickets to Trevor Moolman. In the end 143, including 9 extras, was reduced to 93 for 10.

PCC responded with 24 from Pravit Grover and Andy Emery with out loss. Bernie Lamprecht and Edwin Van Rensburg were contained but, uncharacteristically for PCC, kept their wickets until Charlie Row’s slow loopers took both wickets in the 6th over. All square at 31.

Trevor Moolman and Andy Holt put on 24 for 2 with Andy being out caught and then bowled. At this point it all went wrong for PCC as pacey Chris Lindorp, slow Charlie R and Carl P set about Wez Masterton and Jainish Parikah. 26 for 5 meant a net gain of only 1 run. Matt Harkness and Luke stokes needed to pull a rabbit from a hat.

A run out was missed, Ryan Driver dropped a sitter at mid-off and they kept their wickets whilst they amassed 30 off 2 overs. Ryan Driver bowled that last over and managed a dot ball but a 3 off the last ball by Luke Stokes earned 10 runs for the over and a 1 run victory. 139, including 20 extras, meant 94 for 9.

This was a close game and PCC’s first victory. A little bit of luck for either team and the result could have gone either way. 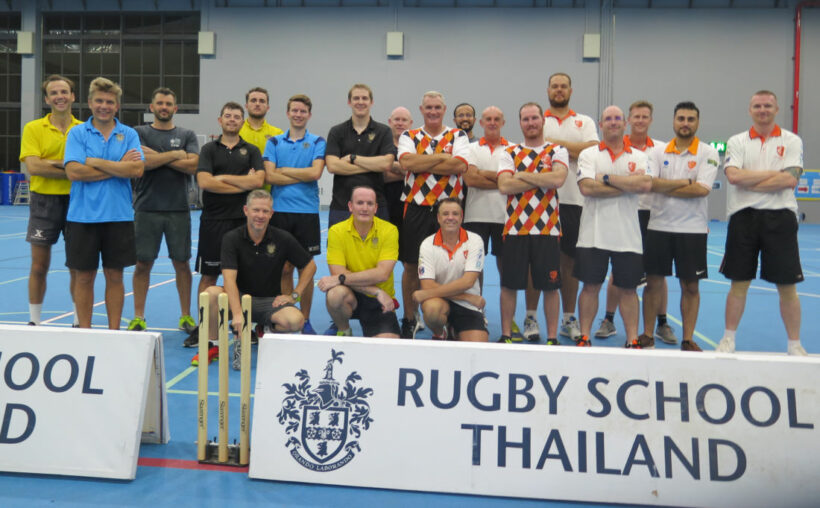