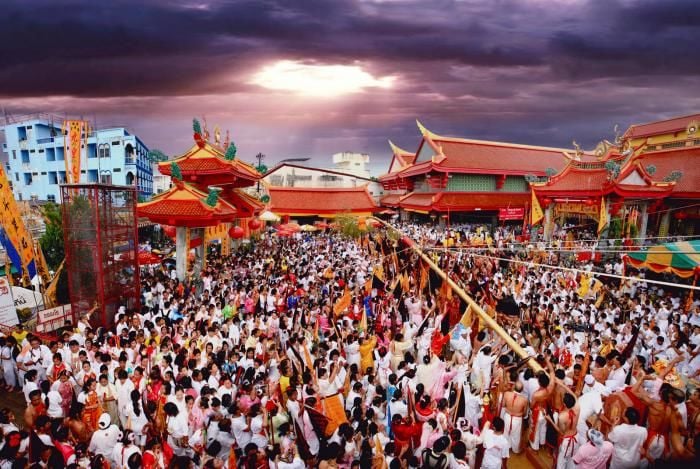 … and it’s not much about vegetarian food.

It’s on again, one of the most bizarre festivals on the world’s calendar of WTF events.

The Phuket Tourist Association says that the Phuket Vegetarian Festival that runs until October 7, is expected to bring in around 2 billion baht in your revenue.

They say that, despite the high value of the baht they’re still expecting an onsaulght of Chinese tourists over the festival. The exotic annual festival in th southern Thai island also coincides this year with the Chinese National Day. Phuket is also expecting plenty of visitors from Singapore and Malaysia during the same period – the festival very popular with the region’s Chinese communities from neighbouring countries.

The festival, which is named after the vegetarian food that is consumed over the 10 or so days each year to “cleanse the system of evil spirits”, is a cavalcade of parades, marches, religious ceremonies, piercings, man song ‘possessed spirit people’, and lots and lots of fireworks and firecrackers. Some of the annual festival is not for the faint-hearted with ‘posessed’ mah song leading marches wearing elaborate piercings which can go from small spears, all the way to petrol pumps, swords and large metal objects, pierced through their face.

Religious rites will be held tomorrow to kick off the official events of this year’s vegetarian festival but the eating of vegetarian food starts the day after.

A full program of events, and more photos and videos on The Thaiger tomorrow. 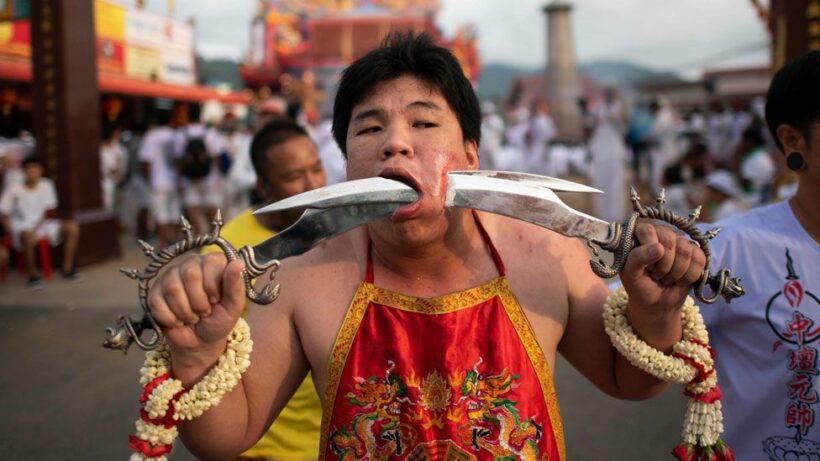 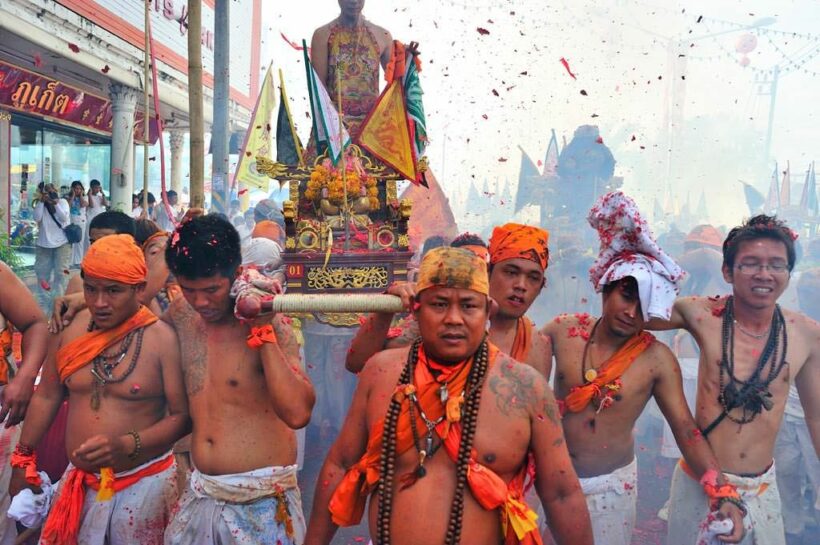