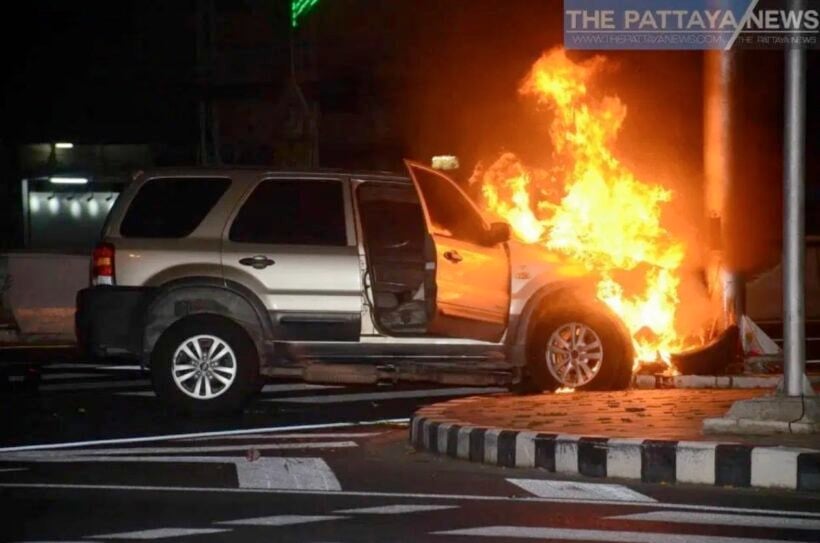 A police officer from Chon Buri police is lucky to be alive after his vehicle crashed into a pole before catching fire in Pattaya early this morning. Pattaya City Police learned of the incident Sukhumvit Road near the Central Pattaya at 2:00am. Emergency responders and reporters rushed to the scene and found a vehicle ablaze after crashing into a pole in the middle of the highway. 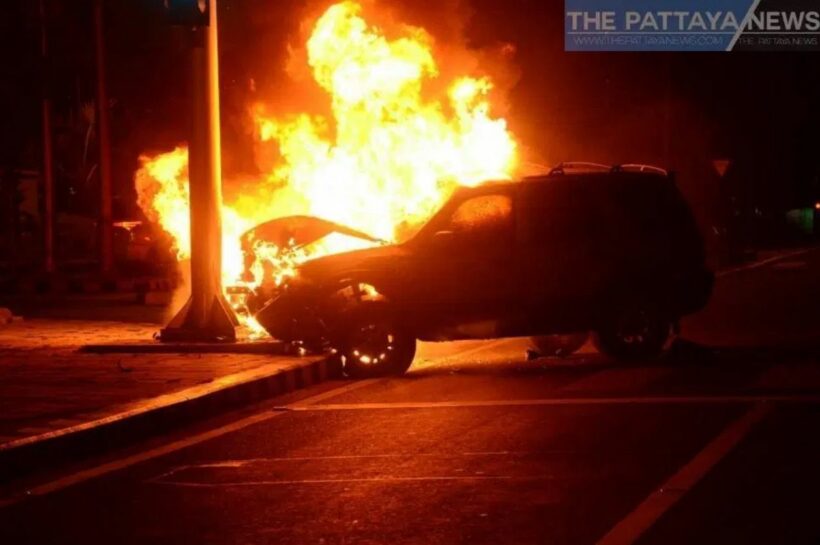 The officer, who works for the Chon Buri Narcotics Suppression Division, was the driver and had suffered moderate head injuries. He was taken to a local hospital. A witness, who helped the officer from the burning vehicle, told The Pattaya News that the SUV was driving at high speed before crashing into the pole and catching fire. Pattaya police are reviewing CCTV footage nearby to determine the exact circumstances surrounding the incident. The officer is recovering at a local hospital.