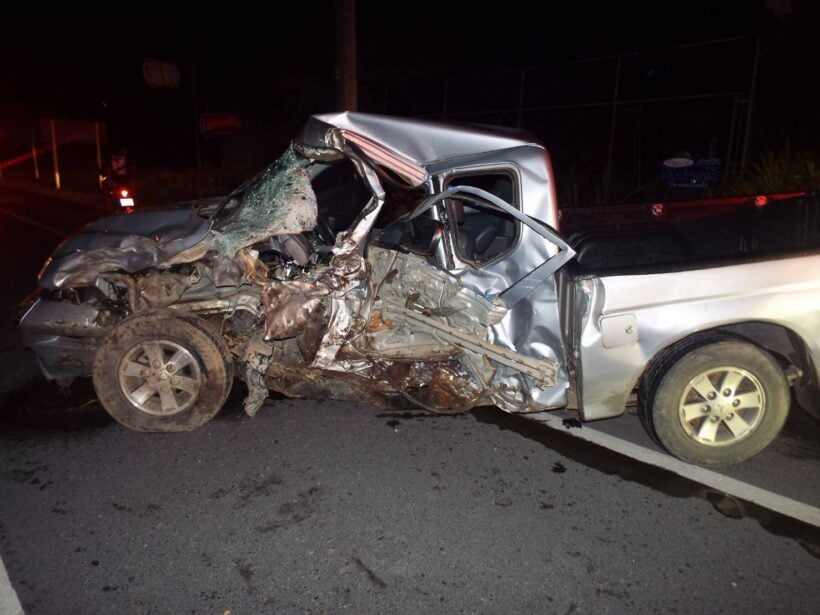 A man has died after losing control of the pickup truck he was driving and collided with a tree just after midnight today (July 31).

Thalang Police were notified of the incident on Thepkrasattri Road’s southbound lane near the Esso petrol station Suan Nam Sai in Thalang at about 00.30am today.

Police and emergency responders arrived at the scene to find the damaged pickup truck. The driver, who was later identified as 22 year old Yingyong Tongoan from Pattalung, had to be cut out from the pickup truck. He was rushed to the Thalang Hospital but pronounced dead on arrival.

Thalang Police say they believe Mr Yingyong was driving in the northbound lane, at speed. When he arrived at the scene he lost control of his vehicle and collided with a tree on the central reservation. The pickup truck spun into the opposite land 100 metres further down the road.

Body of missing boy washed up on Nai Yang Beach