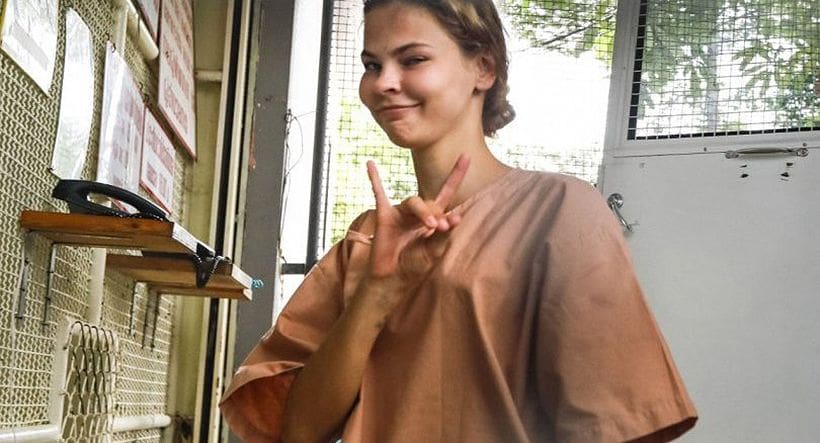 Anastasia Vashukevich, aka. Nastya Rybka, the Belarusian model who claimed she had ‘dirt’ on Donald Trump and Russian efforts to help win the US Presidency, has been shipped off to the airport and deported from Thailand.

She was convicted of participating in a “sex training course”.

Along with seven others, she has been languishing in a Bangkok jail since police raided their ‘sex classes’ last February in Pattaya.

Vashukevich claimed she had travelled to Thailand after becoming embroiled in a political scandal with Russian aluminium tycoon Oleg Deripaska, a one-time associate of Trump’s former campaign director Paul Manafort. She then expanded the story with her promises to reveal details about Russian involvement in the 2016 US Presidential campaign, none of which could be verified.

According to AFP, Vashukevich pleaded guilty alongside seven others to multiple charges, including solicitation and illegal assembly at a Pattaya court on Tuesday. The court wound up the proceedings demanding the group be deported.

Vashukevich, along with most of her ‘sex training class’ associated boarded an Aeroflot flight for Moscow this afternoon.

Surachate Hakparn, the Immigration Chief, says the rest of the group would leave the country tonight.

Throughout the past year Vashukevich has pleaded with Thai authorities not to send her back to Russia saying that she would be in danger. She has more than 120,000 Instagram followers and has written a book about seducing Russian oligarchs.