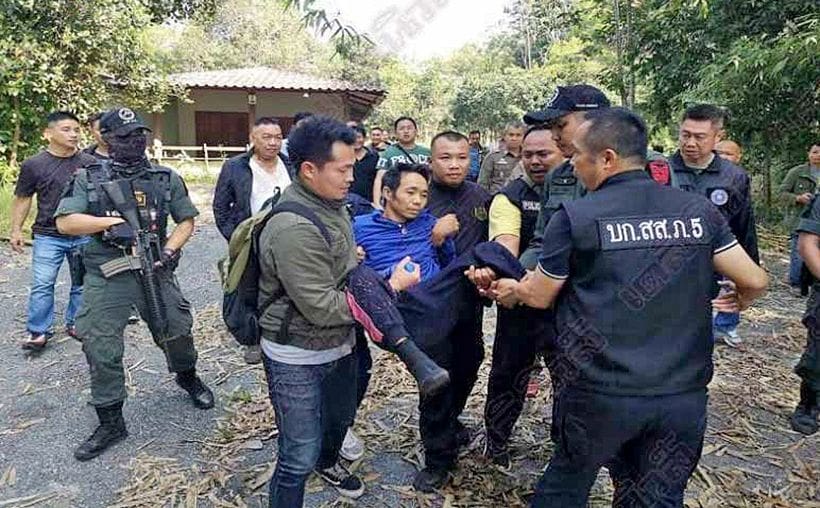 A Chiang Mai man has been arrested after just being released from jail for killing his step father only to rape his own mother.

31 year old Chaiya Tanaa from Chiang Mai had caused distress to locals after he fled the area following the rape last month.

Police discovered that he was hiding out in the forest and moved to arrest him. Daily News report that he had been in jail for the murder of his step-father but had since been released.

It was only after he returned home that he raped his own mother, according to Daily News.

He was found exhausted on Tuesday having been on the run for many days.

Daily News referred to him in their headline and through the story as luuk toraphee, a reference to an ungrateful buffalo in a story from the Thai epic tale, The Ramakien.