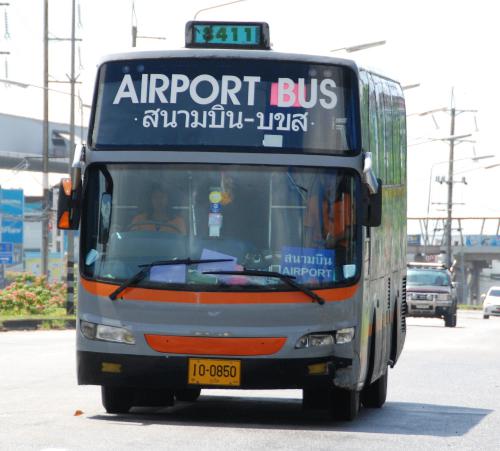 For most, just a mere mention of the above places will conjure up images of sweat, tears, pain, joy, patience and adrenaline: all ingredients of “willpower”.

It is this power of will that enables us to accomplish what has mistakenly been tagged “impossible”.

Now I’m certainly no Edmund Hillary (the first man to successfully summit Everest) or Moses for that matter, but like these superb achievers and many before and after them, I too find great pleasure in challenging the status quo – doing what was said to be inconceivable.

For the last two months, I’ve been doing exactly this. No, I didn’t take on the Laguna Phuket Triathlon or Challenge – my ongoing achievement is of a whole different caliber. I’ve been depending on Phuket public transport – day and night – to commute back and forth between my office in Koh Kaew and my home in the historic district of Phuket Town.

After wrecking my car in Krabi this past September, I was left with limited options to get me through the estimated two months it would take for car repairs. My finances don’t justify renting a car, and as for cycling or motorbikes – forget it; life is already too short.

So I bit the bullet and embraced the local public transport system. I knew it could be done, as I did it years ago… surely it could still be done.

Contrary to many misinformed notions still perpetuated on various web forums, daytime public transport in Phuket is, for the most part, sufficient and reliable.

Between 7am and 5pm, it is possible to get to and from most beaches or communities on the island (with the notable exception of Pak Khlok) for 40 baht or less each way, and with minimal effort.

However, it is night-time commuting that appears to be nearly impossible, as all local buses here retire when the sun goes down – “nearly” being the key word.

But for every will, there is a way.

Even though there are no bus stops along most of Thepkrasattri Road, the Phuket Airport Bus will stop for anyone along its route – just call them to give them a heads up – and be sure to check their route schedule online first (here).

I’m ever grateful to the Phuket Airport Bus, who I’ll name as the hero of this story. As for the villain, that can go to the tax-funded multi-million-baht transport feasibility studies that now appear so unlikely to ever lead to anything for the betterment of Phuket public transport.