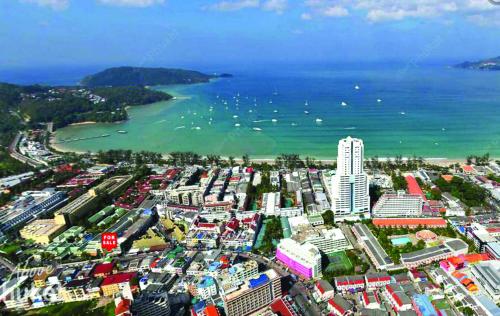 PHUKET: Wichan Sawatdirak, now in his 80s, was the Kamnan for Patong for more than 20 years, long before Patong became a municipality.

Born in Baan Mon village, he has lived in Patong his entire life. Respected by Patong locals, he was instrumental in the development of Patong’s transport infrastructure by providing vital roads around Patong City and links to Kathu and Kamala.

The authorities in Patong Municipality should carefully review all construction plans before granting permission for projects to proceed, especially those on the hills that surround Patong, where we have created a serious problem with floods and landslides.

This problem has become worse as most of the natural canals that used to carry run-off rainwater to the sea have been covered over by roads and buildings.

Another thing that really concerns me is wastewater released untreated into the sea. Although Patong has a water-treatment plant, it is inadequate given the enormous volume of wastewater produced by the city. The color of the sea water has even changed over time. Now it looks dirtier and more polluted.

I can see how much Patong has changed. About 50 years ago when my father was the Kamnan of Patong, the place was quite rural. We still farmed rice paddies and buffalo numbered in the thousands.

We might not have been rich, but we didn’t lack food. We supported ourselves by growing various kinds of fruit and vegetables and by fishing.

At that time the road connecting us to Kathu hadn’t been built. The image of Patong villagers walking over the hills to Kathu carrying fresh produce to sell is still fixed in my mind.

Back then, Patong Beach was still fantastic and amazingly beautiful. A 100-rai mangrove forest grew at the end of the beach, filtering the wastewater before it reached the sea. Now it’s all buildings; not even a rai of the mangrove forest remains. It’s really quite sad. About 20,000 people were living in Patong around that time. The only foreigners we met, on rare occasions, were backpackers, who came, stayed on the beach a short time and then left.

I guess things really started to change for Patong residents with the building of the roads to Kathu and Kamala in 1976. That was followed by a permanent electricity supply in 1980. After that the visitors kept coming, and in greater numbers. Slowly the rice paddies turned into building sites and the developers started creeping into the surrounding countryside.

The increasing number of people has caused its own problems; crime, drugs, mafia and illegal workers are all now part of what Patong has become.

It’s a shame that the place we tried to improve for the benefit of local residents has now inherited these problems.

Phuket Opinion: Trash the past for the New Year