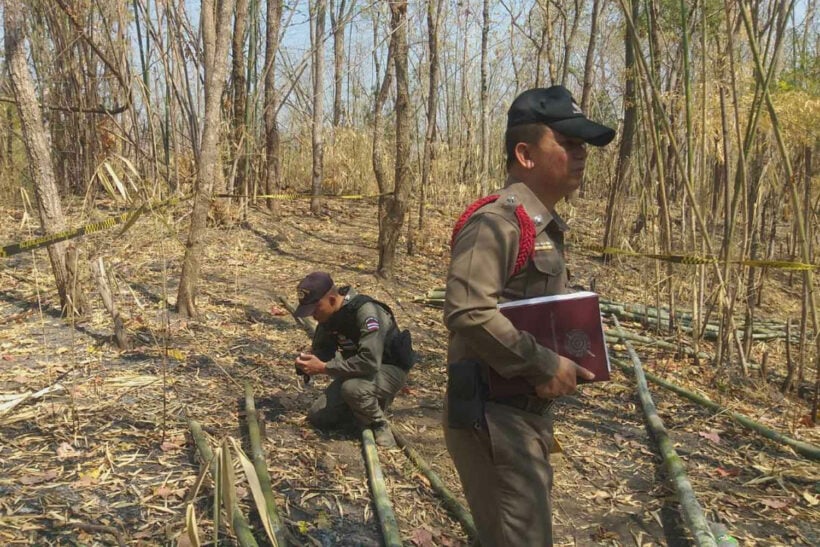 A man in the northern province of Phrae had his foot blown off by a land mine yesterday morning while cutting bamboo. Police say  the incident occurred at about 8am in a community forest. A medical team and a bomb squad were sent to the scene to investigate.

21 year old Yossakorn Chuchart told police that he and his father, 43 year old Tawatchai, went into the forest to cut bamboo to make chopsticks. He says he was working about 200 metres away from his father when he heard an explosion. He rushed to his father and found his right foot was severed at the ankle. Tawatchai was rushed to Den Chai Hospital.

The headman of Ban Huay Kut village says most of the villagers make their living from forest products, including bamboo chopsticks. There have been two similar mine explosions in the past, but the villagers were not hurt.

“This is the most serious incident to date.”

Members of the bomb disposal team collected evidence to determine the type of mine and investigate why it was planted there, and by whom.