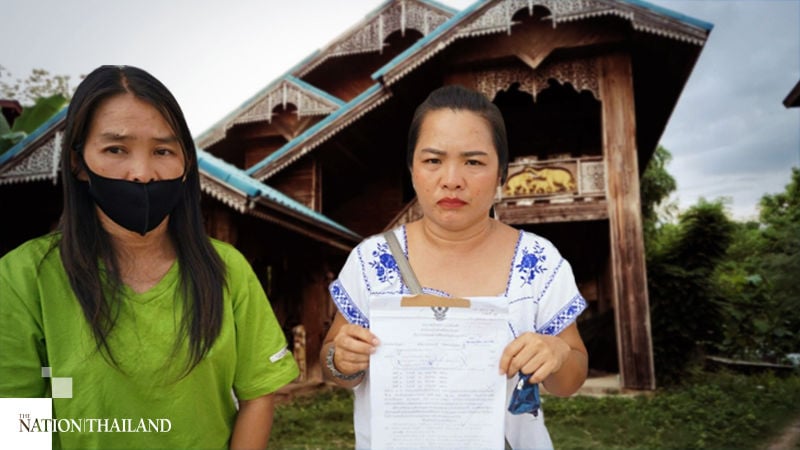 A family’s home was seized for failing to pay back a 17,000 baht student debt. Not only were they kicked out of their home, but it was sold swiftly with little or no consultation with the family.

The Phrae home in Northern Thailand was seized over the unpaid student loans. The family was later notified in a letter by the Phrae Legal Execution Office that the home was sold in a public auction for 2 million baht. The family has since filed a complaint with the Damrong Dharma Centre (consumer complaints).

The home belonged to the father of the woman who owes student loans. It is unclear why the father would be penalised for his daughter’s debt. A letter from authorities was sent to the family, but many members are illiterate. By the time the letter was sent to family member who was able to read, the home had been sold.

Her sister, Kornthip Wongtawan, told reporters that her sister took out a loan to study at the Phrae Agricultural College. She has since graduated. While she started making payments, she stopped at one point. She now plans on visiting the student loans office.