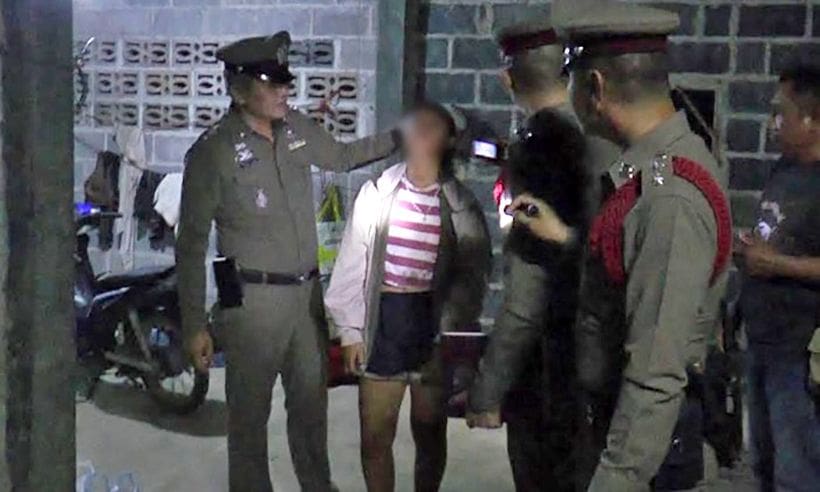 WARNING: This story may be shocking to some readers

A 19 year old mother has used a kitchen knife to slash the throat of her three year old son in Yasothon in Thailand’s north-east.

Thairath reports that Yasothon Police were notified of the incident at the woman’s lodgings last night at 7 pm.

Police and rescue workers arrived to find blood splattered on the floor. Nearby they found a pair of kids’ shoes.

The 19 year old mother was still waiting inside the house. Slash wounds were also found around her neck (later revealed to be self-inflicted).

The body of her dead three year old son had already been removed and taken to hospital.

The mother, who was sobbing, told police she had many problems. She wanted to kill herself and her son to end all the problems.

While her son was playing, she used a kitchen knife to slash her son’s throat from behind many times. After that she used the same knife to cut her own throat in an attempt to kill herself, but the failed.

Whilst at the local police station jail the mother attempted to hang herself but was stopped by police.

Police says the mother has now been charged with murder.