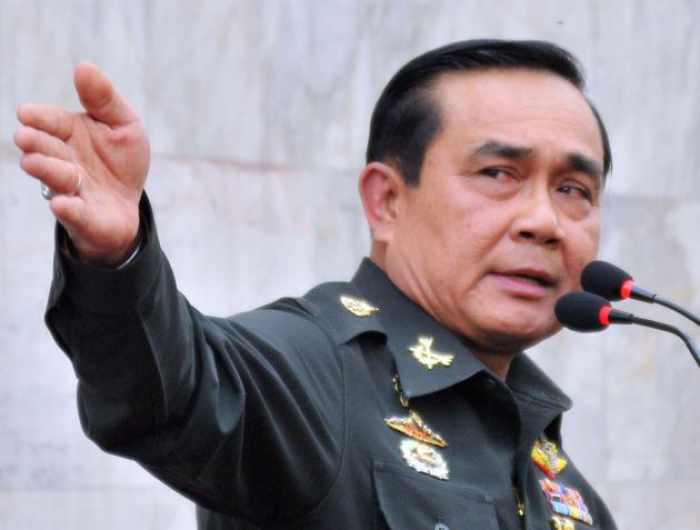 PHUKET: The US State Department yesterday downgraded Thailand to the lowest level in its annual Trafficking in Persons (TIP) report – a move that could trigger sanctions by the United States.

After years of warnings, the US dumped Thailand, Malaysia and Venezuela at the bottom of a list of countries accused of failing to tackle modern-day slavery, AFP reported from Washington.

Thailand had been on Tier 2 watchlist for four years for poor law enforcement before it dropped to the lowest rung – Tier 3.

The three countries, plus Gambia, found themselves added to a nations such as Iran, North Korea and Syria, which have already been languishing on the lowest tier of the State Department’s annual report into human trafficking.

“We each have a responsibility to make this horrific and all-too-common crime a lot less common,” US Secretary of State John Kerry wrote in the 2014 TIP report, denouncing what he called “the evil of human trafficking”.

Tens of thousands of the world’s trafficking victims end up in Thailand as migrants from neighbouring countries “who are forced, coerced, or defrauded into labour or exploited in the sex trade”, the report said. The TIP survey was carried out before the military coup.

“Anti-trafficking law enforcement efforts remained insufficient compared with the size of the problem in Thailand, and corruption at all levels hampered the success of these efforts,” the report said.

Earlier yesterday, the Commerce Ministry set up a working panel on trade and labour to increase efficiency in solving labour and related trade problems. Srirat Rasrapana, permanent secretary at the ministry, said the panel was made up of representatives from government, plus the public and private sectors.

“All sectors are waiting for the US [anti-trafficking] report. Thailand will move forward to solve labour problems no matter what the report comes out with. The committee will be a deep trilateral collaboration and will show Thailand’s seriousness in resolving the [people smuggling] problem,” he said.

The new working committee will raise efficiency in countering illegal labour and clearly communicate its unity with the international community in doing this. The panel will also support the work of the National Council for Peace and Order’s committee on illegal migrant workers.

The ministry had also assigned Thai trade representatives in Washington DC and Brussels, as well as trading partners to send clear letters of explanation to increase understanding about its efforts to solve labour problems.

The ministry also expects that the US will keep Thailand at the same level when it unveils its Worst Form of Child Labour report in September this year. Thailand is considering proposing to the US that five Thai products be withdrawn from exports because producers here allegedly use child or forced labour.

The five products are shrimp, garments, sugarcane, pornography, and fish. The proposal will proceed in August.

In a bid to alert Thai enterprises about issues of social concern, Srirat warned that the EU had serious environmental concerns over unregulated fishing, timber regulations, emissions trading and the greenhouse effect (global warming).

Junta chief General Prayuth Chan-ocha said last night that concern about a possible downgrade led to the junta’s ongoing moves against illegal labour. He said this aimed at improving Thailand’s image on the international stage in regard to human rights and labour.

Prayuth made the remark during the live broadcast of his weekly TV programme “Returning Happiness to the People”.

He blamed criminal gangs preying on migrant workers for the rumour that the military was brutally cracking down on foreign labourers, particularly those from Cambodia. The rumour led to an exodus of over 100,000 Cambodian workers. He said those gangs could make more money smuggling the illegal labourers back to Thailand.

Meanwhile, Democrat Party leader Abhisit Vejjajiva said yesterday that the downgrade would hurt Thai exports, as there could be punitive measures by other countries. He spoke after meeting US Ambassador Kristie Kenney at the party’s headquarters. Abhisit called on the envoy to help create mutual understanding in order to ensure good mutual ties.