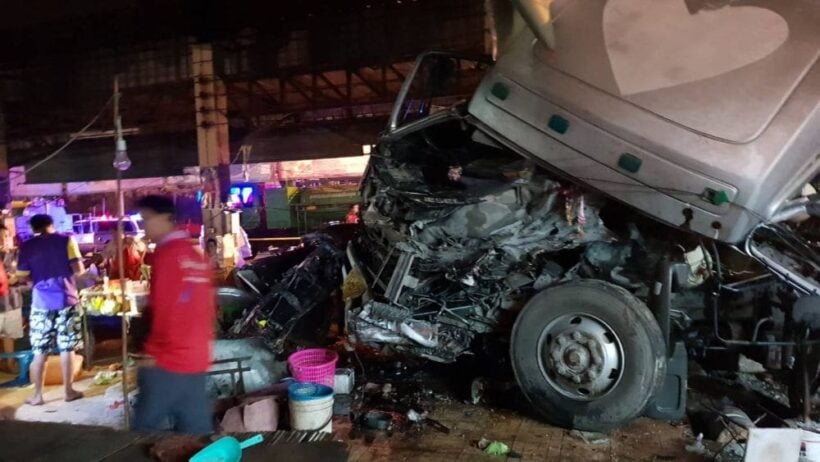 One person is dead and another hospitalised after a trailer truck ploughed into stalls at a market in Phitsanulok this morning.

The 64 year old river Thavorn Noppawan remained at the market in Bang Krathum district until police arrived, but it remains unclear how or why he lost control and swerved into the crowd of shoppers.

Police suspect he might have fallen asleep at the wheel. 49 year old Samarn Luenfa was killed and 60 year old Boonruang Boonnamsaeng was injured.

The truck also brought down two electricity poles and damaged 11 other vehicles, including a six-wheel truck and eight pickups.

Noen Kum police were summoned at about 6.30am to the market in front of Wat Tayom on Wang Thong-Sak Lek Road. 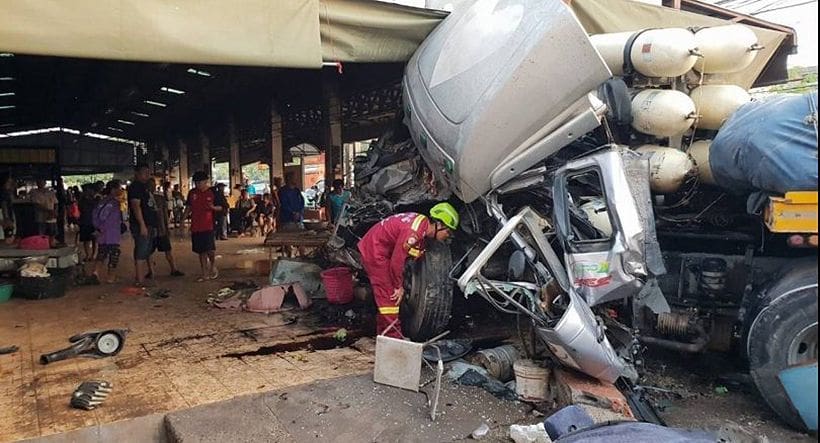 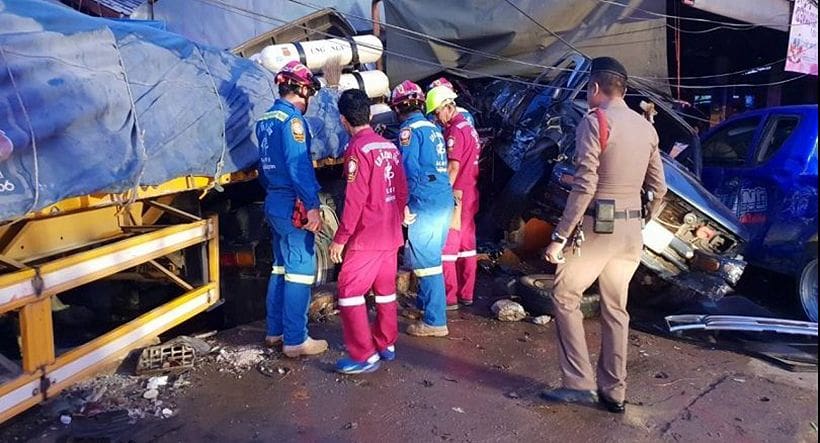 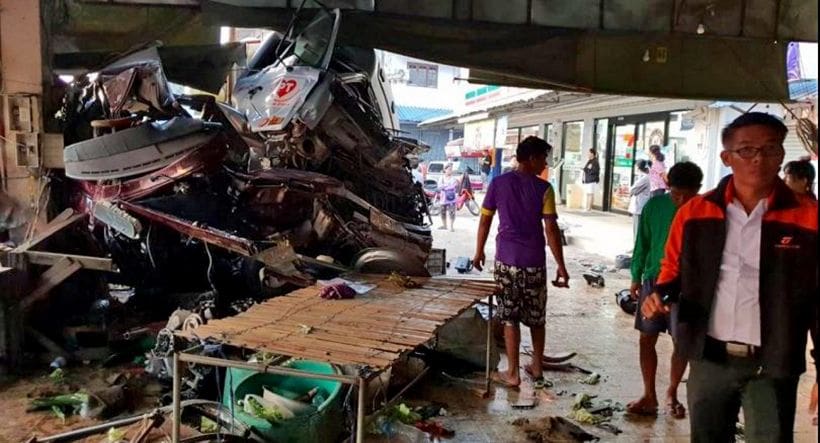 The rich do get richer, at least in Thailand