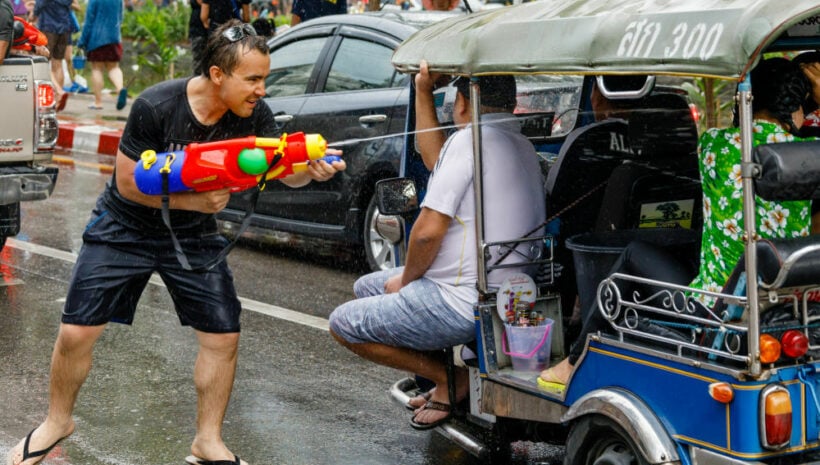 Yesterday the CCSA determined some basic guidelines for Songkran 2021.

Thanapol Cheewarattanaporn, president of the Association of Domestic Travel, said most people are planning family visits over leisure trips due to the lack of tourism incentives and the recent ban on water splashing during the holiday.

Thanapol said the government expedite the approval of tourism measures, especially the co-payment scheme that subsidises 50% of tour packages, capped at 3,000 baht for 2 million packages. The government has proposed to amend a previous tourism package for senior citizens under the “Tour Teaw Thai” (Travel around Thailand) scheme, to include all ages of tourists as it offers a 5,000 baht subsidy. But, the scheme won’t be approved in time for Songkran.

According to the Tourism and Sports Ministry, domestic travellers took 4.51 million trips in January, generating 23 billion baht, representing declines of 63.7% and 75.3%, respectively, which is thought to be caused by the second wave of Covid-19 that began in Samut Sakhon province last December.

The Covid – hit economy also has forced 216 tour operators to withdraw their licenses at the start of January 2021, with another 180 to follow suit last month. Thanapol says even though most of the ADT’s 800 members are still technically operating, most appear to be closed due to the lack of tourism. Chamnan Srisawat, the president of the Tourism Council of Thailand also backs up the concerning decline in the amount of tourism operators still open.

“Domestic tourism needs continuous and inclusive support to maintain its business. These tourism firms don’t know if they will survive, even if the borders reopen on October 1.”

He says if the current subsity scheme cannot be extended in time for Songkran, then the government should offer another subsidy or scheme in time for Thailand’s biggest holiday.