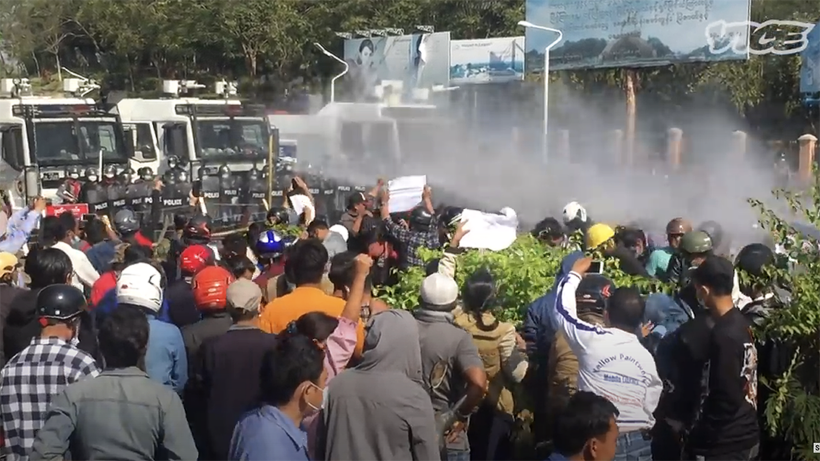 Thailand’s Army claims it has not been providing rice supplies for the Burmese army during their bloody crackdown on citizens since the February 1 coup. Instead, the Royal Thai Army maintain that the rice supplies are just ‘normal trade’. Since February 1. when the Burmese generals seized power from the elected government under Aung San Suu Kyi, an estimated 250 people have been killed as part of the Tatmadaw’s violent response against civilian protesters.

In recent days the Indonesian and Malaysian government have been calling on ASEAN to become involved in finding a peaceful path forward for Myanmar. You can watch a Thaiger story about the events on the morning of the Burmese coup on February 1 HERE.

Thai media are reporting that Thailand’s army had already supplied 700 sacks of rice to Burmese army units along Myanmar’s 2,500 kilometre-long eastern border with Thailand. They were quoting a source within the Thai army who wanted to remain anonymous. The Burmese army have not responded to international media for comment over the matter. Any proven examples of co-operation between the current Myanmar coup leaders and the Thai army would be problematic for Thailand’s government and their reputation in the international community.

But Maj Gen Amnat Srimak, commander of the Naresuan Task Force, was quoted in Reuters…

“The Thai army is not supplying the Myanmar army and there has been no contact from the Myanmar army requesting help or demanding any assistance from us because they have their own honour.”

Complicating matters, Thai media are also reporting that supplies of rice to the Burmese army units along the Thai/Myanmar border were being cut off by the Karen National Union, one of hundreds of ethnic minority insurgent groups in Myanmar. The Karen National Union are supporting Aung San Suu Kyi’s former government and the pro-democracy movement, guaranteeing a long and drawn out internal spat between competing ethnic groups who are seizing the unrest as an opportunity to fortify their situations.

Photos have been published showing bags of rice being loaded into transport trucks at the Thai/Myanmar border. Reuters have also published photos of men, some in uniform, crossing the Thai border where their temperature is checked. The border location where the photos were taken was not a normal trade location, according to locals speaking to Reuters.