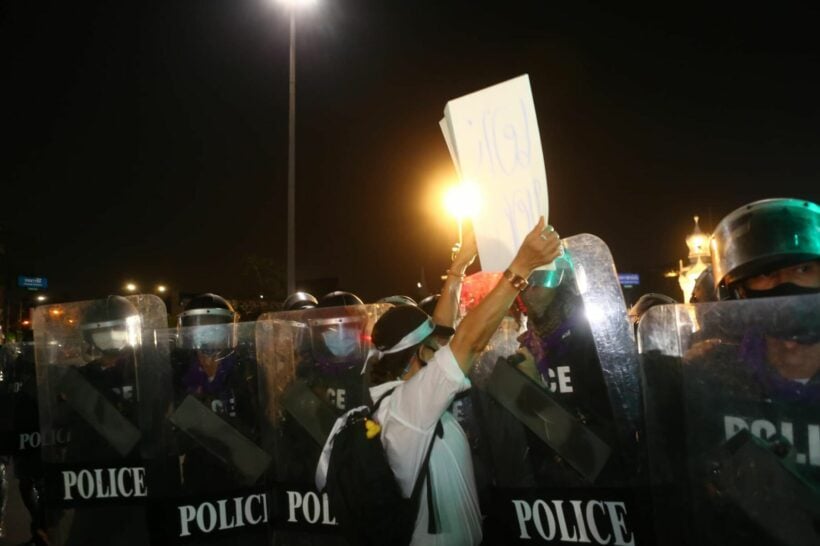 Last night’s Bangkok protests around Sanam Luang, adjacent to the Grand Palace, the Democracy Monument and along Ratchadamnoen Nok Road, descended into clashes between a small rump of anti government protesters and riot police. It was a night where less was said and most of the events became theatre for the troupe of journalists pursuing the action.

Police were waiting, fortified with shipping containers that had been stacked up to impede the progress of the protesters. But the tactics, on both sides, are now well understood and the young protesters were well prepared to move the containers and proceed. Police used rubber bullets, tear gas and fired off their high-power water cannon as a warning salvo.

Earlier in the day, Samesky Publishing was raided where the Redem group had stored books about the Thai monarchy. Police seized the books, “Monarchy and Thai Society”, critical of the current monarch and calling for constitutional limitation of the powers of the Thai royal family.

Police say they seized around 200 copies of the controversial books. But there were still plenty of the books available at the rally later in the day, displayed for the media and free for people to take. Redem claimed they had 10,000 copies for people to read. The book included speeches from earlier pro-democracy rallies in 2020 and photographs from the protests. Redem also posted a PDF version of the book for anyone to download. Police claimed that it could be a crime to have a copy of the book in your possession. 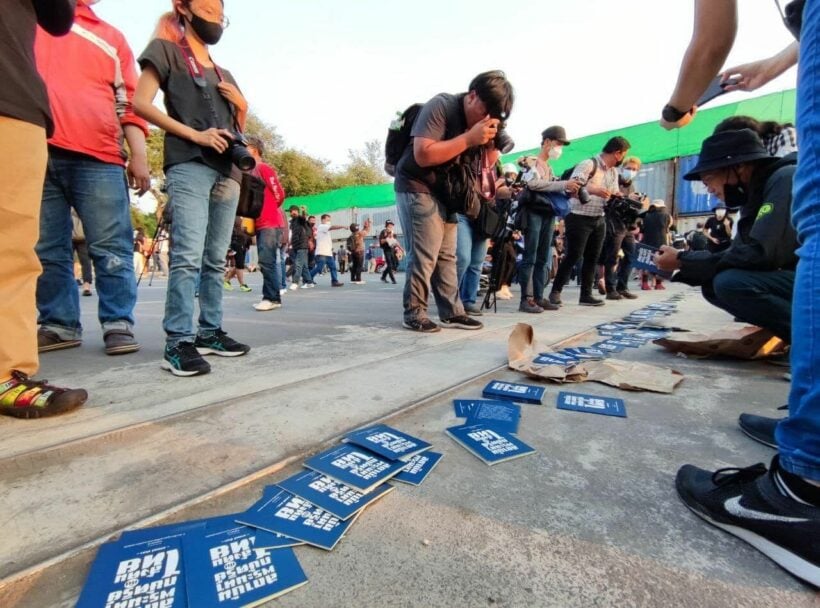 The seizure of the books precipitated the pro-democracy rally in Sanam Luang later in the day. The rally had been vocal, but peaceful, but when some protesters started to remove the stack of shipping containers between them and the Grand Palace, armed riot-control officers and the water cannon were waiting. The rally had fewer than 1,000 people this time. But things turned ugly, quickly, as police, initially firing the water cannon into the air as a warning, advanced, in lines spanning the entire road, on the protesters.

What followed lost all semblance of a formal protest and police response, and descended into a series of smaller plays as protesters goaded riot police, as individual police ran down protesters for arrest. The scuffles were caught on video, with much of the violence captured on live streams, both sides very aware of the immediacy of the coverage of the made-for-social-media events.

Tear gas was deployed, according to some protesters and media covering the event, and rubber bullets were used as a deterrent by riot police. Small groups of protesters lit fires along Ratchadamnoen Avenue as police continued to chase down the remnants of the protest rally. Both police and many of the protesters, as well as some of the media, were carrying gas masks in anticipation of the use of tear gas. Medical personnel report that they treated around 30 people for injuries. The Bangkok Post reports that police arrested 5 people from the evening’s scuffles. The crowd had been dispersed just after 9pm but police continued to track down protest ring leaders as the night wore on.

The Redem group (Restore Democracy) had earlier published a post feature a red guillotine with a faded image of the Grand Palace in the background. The group, a vocal sub-set of the pro-democracy movement, is focussed on the removal of the Thai monarchy and its replacement with a constitutional democracy. 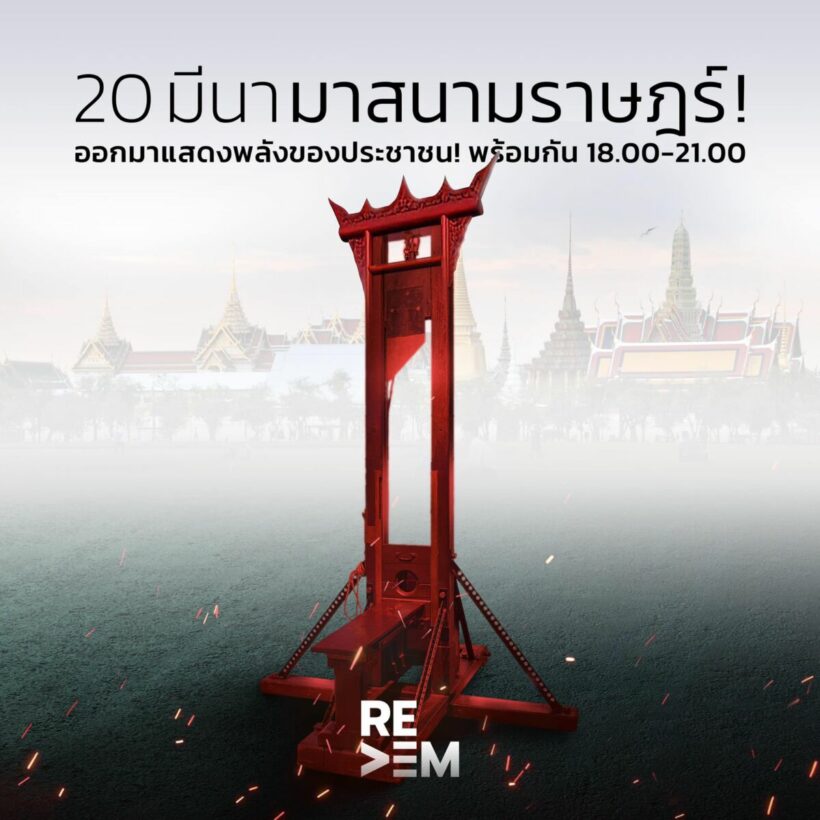 Other groups, all under the banner of the Ratsadon movement, include Free Youth, Redem, Free Art, Anon’s Friends and Ratsskate. All posted events at yesterday’s rally point on their social media pages.

73 people are now reported to have been charged with lese majeste under the Thai Criminal Code since last year, mostly for activities during last year’s pro-democracy rallies. 7 of the main protest leaders remain in both the Bangkok Remand Prison and the Thonburi Prison on charges including lese majeste, violating the country’s current emergency decree and other computer crime-related activities. Detained protest leaders taken out of their cells at 2am for Covid-19 testing, Justice Ministry says