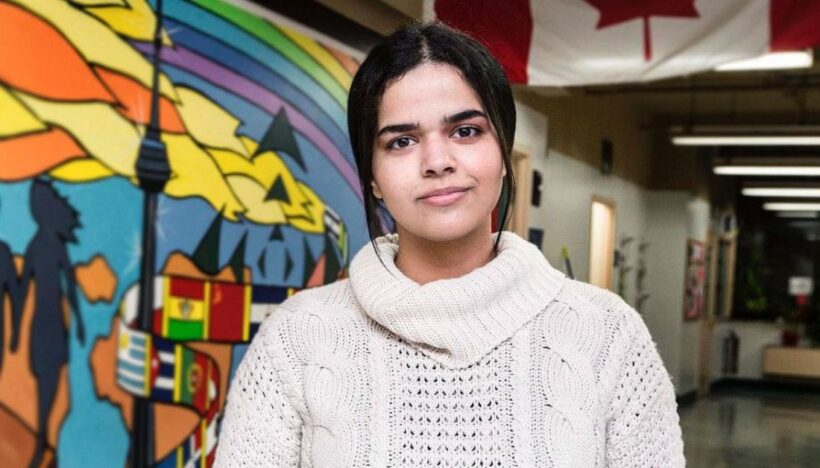 Thailand’s immigration chief is pledging an upgrade of the country’s draconian treatment of refugees following the intense international media coverage of the young Saudi woman’s attempt to seek asylum.

Rahaf Mohammed became the biggest international story across the world for a week after being intercepted during a transit stopover in Bangkok, on her way to Australia, and was immediately prepared for deportation back to Saudi Arabia.

Following the 19 year old’s Twitter stream, as she barricaded herself inside her hotel room, Thai authorities were forced into damage control as the woman’s plight shed light on the harsh treatment of people arriving or transiting through the Kingdom in the hope of seeking asylum.

Her barrage of Tweets called on her rights and demanded to speak to the United Nations High Commissioner for Refugees. Thai authorities, painted into a corner, eventually acceded to her demands.

As a diplomat at the the Saudi Arabian Embassy in Bangkok was quoted at the time… “Thai authorities should have confiscated her phone, not her passport.”

Rahaf Mohammed was eventually taken in by Canadian authorities.

The high profile Chief of Immigration, Surachate Hakparn, says refugees would no longer be returned home “involuntarily” if they arrived in Thailand and claimed they were seeking asylum. He pledged that, moving forward, when it comes to asylum seekers, “Thailand will now follow international norms”.

Thailand has, in the past, refused to recognise and shelter asylum seekers and routinely deports them back to their home countries where they face potential dangers.

At this stage, Thailand is not a signatory to the UN convention on refugees.

Surachate, speaking about the case in recent days, says he was adamant that Thai authorities didn’t caved to “pressure” in Mohammed’s case.

Surachate has spearheaded a firm crackdown on illegal immigrants over the past year, resulting in women and children refugees, previously released on bail, rounded up again and put back into detention. The Immigration Chief describes the accommodation as “government shelters”, despite earlier commitments by Thai authorities to no longer detain single mothers and children.

But this week Surachate has pledged that mothers and children held in immigration detention would be given bail.

SOURCES: The Nation | The Guardian