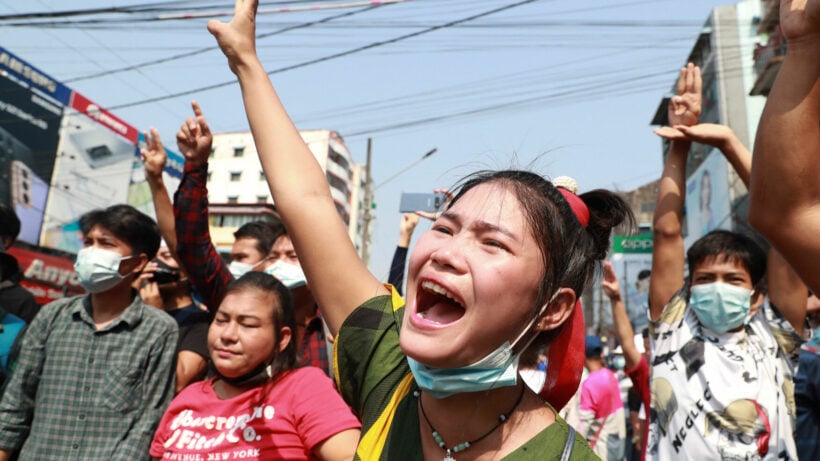 More sandbox plans being proposed as Thailand opens back up, the country’s chamber of commerce calls for an acceleration of vaccine roll out, and the latest from the increasing violence next door in Myanmar.

The chairman of the Thai Chamber of Commerce says officials hope to reinvigorate the economy within 99 days, through a “Connect the Dots” policy. He added that the distribution of Covid vaccines must be speeded up if the economy is to recover in that timeframe.

After a pandemic-fueled unemployment freefall over the last year, costing 3 million people in Thailand their jobs, February saw a big jump in employment demand. Most job listings on the search platform JobsDV are for positions in the sales and customer service fields, followed by positions in the information technology field.

Tourism officials are calling for Bangkok to be included in the new “sandbox” travel scheme which will allow foreign visitors who are vaccinated against Covid-19 to travel to specific tourist destinations that have reached herd immunity. Phuket and Koh Samui are set to reopen under the model in July. Tourism officials are now pushing for Bangkok to reopen under the scheme by October.

Phuket was the first tourist location to develop plans for a sandbox that would allow tourists to enter there before the full border reopening. The Council estimates 2 million tourists will visit and bring 105 billion baht of money into the economy. Meanwhile, the Phuket Tourist Association reports vaccination is increasing to 10,000 to 12,000 injections a day, and the Phuket airport reached 10,000 arrivals per day, up from 2,000 just months ago. Prior to Covid-19, Phuket had arrivals up to 100,000 people a day.

Now to the latest news unfolding over Thailand’s western border…. Myanmar’s anti-coup protesters are hurling garbage into the streets after more than 500 people have been killed since the Military seized power. Protesters held candle-lit vigils for the deceased last night after yesterday saw another 14 civilians killed, according to the Assistance Association for Political Prisoners.

A worker from Laos has been arrested after 3 people, including his wife, were stabbed to death and another man wounded at a rubber plantation in upper north eastern Thailand yesterday.