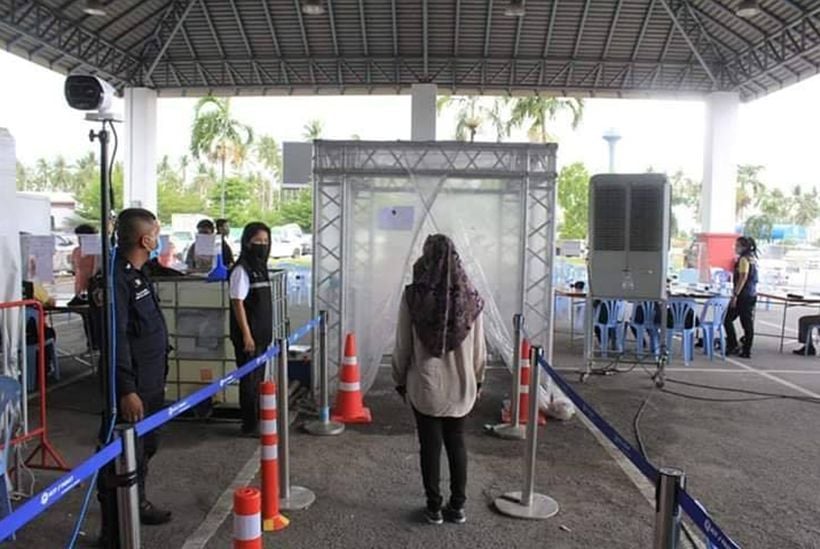 3 new cases of the coronavirus have been announced in Thailand today, bringing the total cases to 3,031. No additional deaths were recorded, leaving the accumulated toll at 56.

Of the 3 new cases reported, two were a man and a woman in Nonthaburi province (north west of Bangkok) who shared the same workplace, and the other person was a 27 year old woman from Phuket working in retail. She had a history of contact with another confirmed case from Prachinburi who had recently travelled off the island.
Of the Phuket case, the CSSA spokesperson today said the case raised concerns about other people who had recently left Phuket travelling to their home towns. 12 confirmed cases found in other provinces since March had spent time in Phuket.
Golden Triangle drug trade thrives during pandemic

The Golden Triangle is notorious for one thing. Drugs. And while the coronavirus pandemic is crippling businesses across Thailand, the drug industry around the Myanmar-Laos-Thailand border seems to be flourishing.

Production of synthetic drugs coming in from the Golden Triangle is hitting record highs. Opium and heroin production in the Golden Triangle has been declining in recent years, but synthetic drug production is on the rise, mostly in relatively mobile meth labs that hide undetected under the canopy of the region’s rainforests. Both methamphetamine and Fentanyl (a synthetic opioid) production are being ramped up at staggering rates.
The UN Office on Drugs and Crime says that the supply of synthetic drugs in the Golden Triangle continues to grow and the organised crime groups have intensified.
Dengue fever on the rise in Isaan
While Thailand is slowly getting a handle on containing the coronavirus pandemic, the Isaan region is tackling a bout of dengue fever.
There’s been a rise of the mosquito-borne illness in Nakhon Ratchasima, in Thailand’s north east, with 737 cases. Local health volunteers have ramped up initiatives to prevent the further spread of the disease.
Other northeastern provinces have also seen a rise in dengue…. in Chaiyaphum, Buri Ram and Surin.
Hot in the north, wet in the south, cyclone in the Bay of Bengal
Hot conditions, along with thunderstorms and gusty winds, are the feature of weather in the north east and eastern regions over the next few days. There’s also a huge cyclone in the Bay of Bengal affecting southern Thailand’s weather.
The extensive storm system, which has now been named Cyclone Amphan, is in the northern past of the Bay of Bengal and bearing down on the coastal areas near the Indi and Bangladeshi border.
The cyclone is growing to an equivalent Category 4 hurricane. Amphan will impact the coastal areas by Wednesday local time with potentially catastrophic impacts.
Meanwhile, temperatures are expected to get back into the low 40s again in the north and northwestern provinces of Thailand.
Phi Phi’s Maya Bay won’t reopen until fully rehabilitated
Maya Bay, Krabi’s main tourist attraction since it was featured in the 2000 Leonardo DiCaprio film ‘The Beach’, will remain closed as natural rehabilitation of the beach and bay continues. The closure is indefinite at this time with no plans to reopen.
The Ministry of Natural Resources and Environment says that in future boats will not be allowed to enter Maya Bay except from the back side of the island. Yesterday the minister visited Maya Bay on Koh Phi Phi Ley to inspect the progress of the recovery of both the land and marine environment. He says corals are not recovering as quickly as expected.
The Department of National Parks, Wildlife and Plant Conservation announced the closure of Maya Bay on June 1, 2018, banning tourism and related businesses. At its peak there were up to 5,000 tourists stomping around the shores of Maya Bay every day.
In brief…
• Phuket woman shot at in her bed yesterday around 5am, her ex-husband is being sought as the prime suspect. The woman wasn’t injured.
• 250 Thai citizens repatriating from UK and Ireland today. One they arrive in Bangkok, they will be required to enter a 14 day mandatory quarantine period at a government facility.

• 4 people and 3 dogs have been rescued from Phitsanulok forest. They’d spent five days missing after going to forage for fruit.