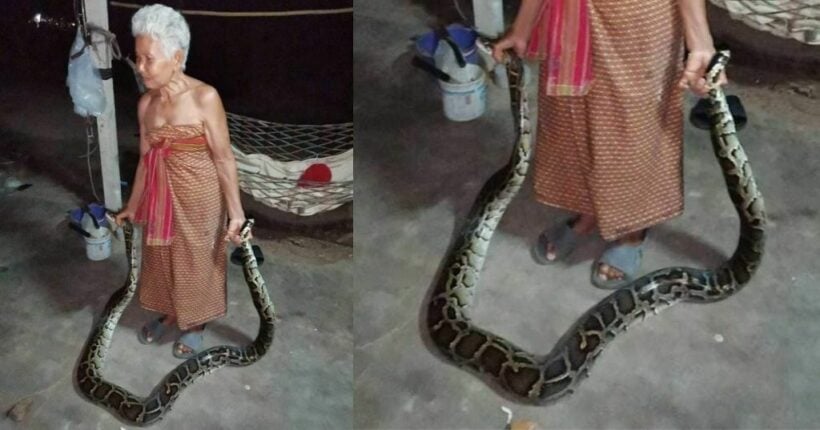 A 67 year old grandma in Thailand’s Isaan region, known to catch large snakes with her bare hands, has been praised by Surin residents as the top “community rescuer” after she caught her biggest python so far. When someone in the community finds a snake, they come to grandma Prakuad “Own” Pasomsi to catch it.

The grandma has been catching snakes, only using her two hands, for the past three years. She usually catches non-venomous snakes and contacts a rescue team to pick them up and release them in a more suitable place. She says she isn’t scared of snakes. She’s been bitten two times, but says it didn’t hurt much.

Own says her neighbours come to her when they find a snake. She says she’s willing to help and never asks for money in return. The neighbours usually call her the “community rescuer.” 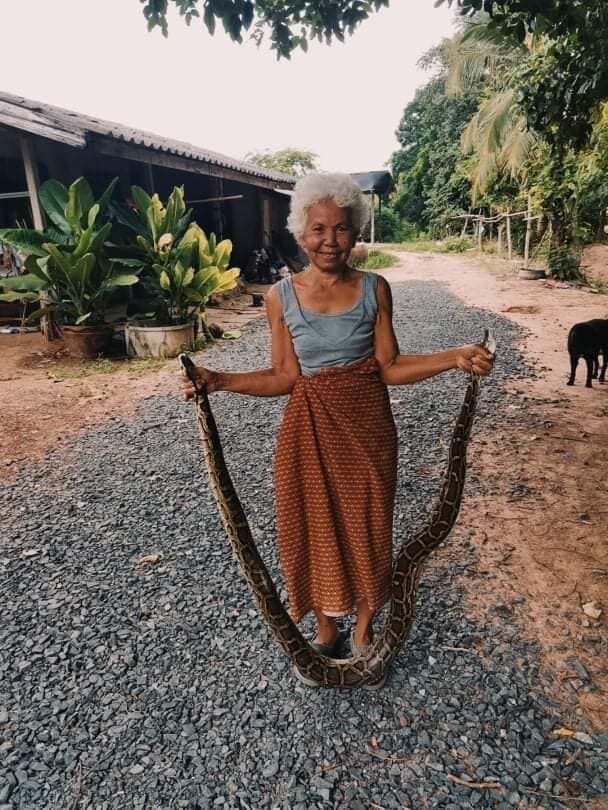 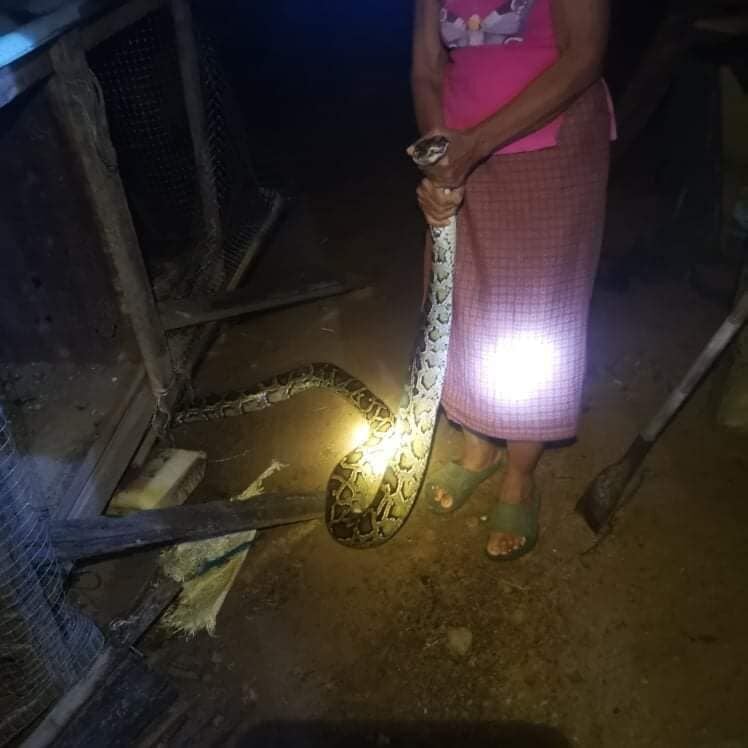 DoUKnowWhoIAm
Another day, another snake story😴

Soidog
This story has been up for an hour and still no “Python” jokes. Come on guys, you are slipping. Maybe those East Coast guys are already asleep ….
JackMeOff
Maybe she can catch the corrupt snakes in the government.

Thaidup
14 hours ago, Soidog said: This story has been up for an hour and still no “Python” jokes. Come on guys, you are slipping. Maybe those East Coast guys are already asleep …. They don't work when "grandma" is in…
HiuMak
Kudos to Snakey Grandma