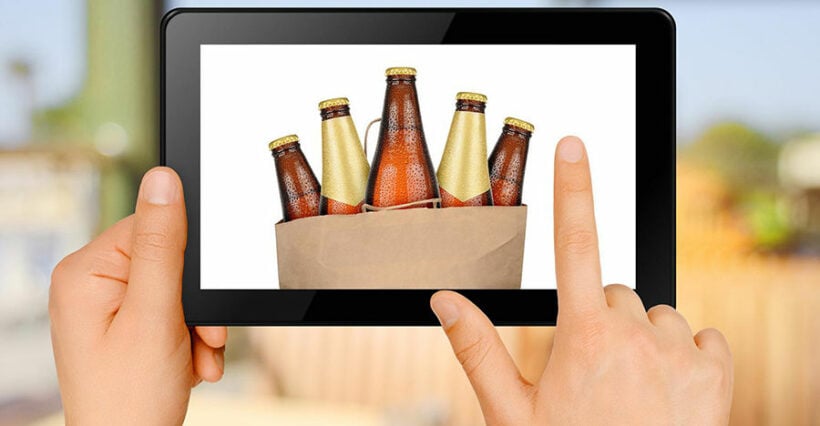 The recent confirmation from the government that online sales of alcohol are to be banned is causing outrage among some booze lovers. With officials seemingly obsessed with the perceived evils of alcohol, Thailand already has a ban on the sale of booze before 11am, between 2 – 5pm, and after midnight. It is also illegal to brew your own beer at home, and to post pictures of branded alcohol online, either as a private citizen or as a company. However, it is the government’s latest announcement, that drinkers will no longer be able to purchase their favourite tipple online, that has really got people riled.

Coconuts reports that a drinkers’ advocacy group is now preparing to fight the imminent ban, which has been published in the Royal Gazette (making it official) and is due to come into force on December 7. Thanakorn Tuamsa-ngiam, founder of the Prachachon Beer (Beer People) group, is urging its 20,000 members to join him in filing an official complaint about the impending ban.

“Nothing makes sense. It’s ironic that the people affected by these laws never got a chance to voice their opinions in the legal process. Whoever is affected by this ban, please join us in filing complaints to the Administrative Court.”

For its part, the government says the Covid-19 lockdown has caused a spike in online alcohol sales, pointing out that digital transactions make it difficult to control who is buying booze and at what time.

Thanakorn has hit back at the suggestion that online sales cause underage drinking, calling for proof, and accusing the government of going for a ban when there’s no justification to back it up.

“There is nothing to prove that kids are ordering booze. Where is the research, where are the numbers?”

Meanwhile, the president of the Alcoholic Beverage Business Association, Thanakorn Kuptaijit, has also hit out at the legislation. He accuses the government of having another agenda, claiming the ban on home-brew is only in place to safeguard the hold powerful brewers have over 90% of the industry.

Meanwhile, Thailand continues to have a litany of downstream problems relating to alcohol abuse including one of the world’s highest road tolls, per capita, and domestic violence – in both cases mainly attributed to abuse of alcohol.

3 to 4 years for tourism revenue to recover, research centre says