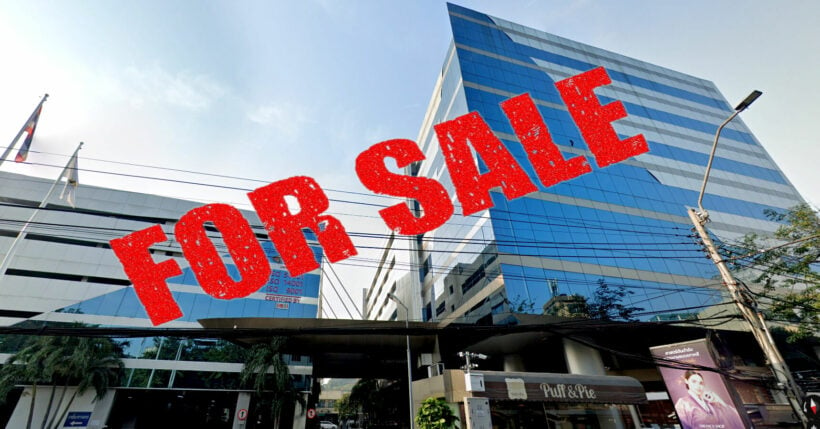 With deepening debt and the Covid-19 pandemic dragging on and flattening the tourism and travel industry, Thai Airways International is looking to sell off some large assets like buildings and properties to stabilise the struggling airline. The airline has been in the throes of bankruptcy and debt rehabilitation for months now after failing to secure a bailout from the government.

The corporation announced that it is trying to sell off 10 buildings and properties spread throughout Thailand to bolster some cash flow amidst financial woes. A source within Thai Airways confirmed the plan to find buyers for the properties to raise capital.

Thai Airways has been saddled with 245 billion baht of debt and has been seeking restructuring options through methods like interest waivers, payment extensions, and debt-to-equity conversions. In addition to the financial restructuring, the airline has tried everything from layoffs and early retirement offers to selling their airline food in 7-11 stores throughout the country. They have now enacted pay cuts for their staff as well as unpaid leave plans for employees.

Buildings in Bangkok are on the seller’s block as well as buildings and properties Thai Airways owns in other provinces around the country including Chiang Mai, Chiang Rai, Khon Kaen, Phuket, and Phitsanulok. The buildings offered for sale are mostly ones that are currently serving as local offices for Thai Airways now.

One Bangkok building for sale is located on land that is part of Don Mueang airport and is known as “Rak Khun Thao Fa” (roughly translated “Love you as big as the sky”). Another property for sale is a building complex with an 8 story building and accompanying 6 levels of parking on Lan Luang Rd not far from the Democracy Monument. A building on Silom road that is 4 stories high is also on the list to be sold off.

The sales are hoped to raise enough working capital to keep Thai Airways running at least until further restructuring and recovery can begin.

KaptainRob
20 minutes ago, AussieBob said: Ok OK - 0.33% - I will settle for a smaller island ? That boating business sounds like a few I have gotten involved with over the decades - it never ceases to amaze me how…

AussieBob
31 minutes ago, KaptainRob said: The funny thing was the owner actually purchased the business from me, as Yacht Broker, many years earlier.  I'd known him for years an watched as he built up another business empire, now Australia-wide, and gobbled…

BuffaloWhisperer
Just take it behind the barn and put it out of its misery already.   But if they want to keep it running, then until they figure out how to get a website that doesn't crash halfway through a payment…

KaptainRob
42 minutes ago, BuffaloWhisperer said: But if they want to keep it running, then until they figure out how to get a website that doesn't crash halfway through a payment transaction, they need all the brick-and-mortar offices they can have. …

Soidog
6 hours ago, KaptainRob said: TG should have been closed down, all management and staff let go, then it could have been revived under a new board made up of aviation and tourism industry experts, Thai and farang, with someone…