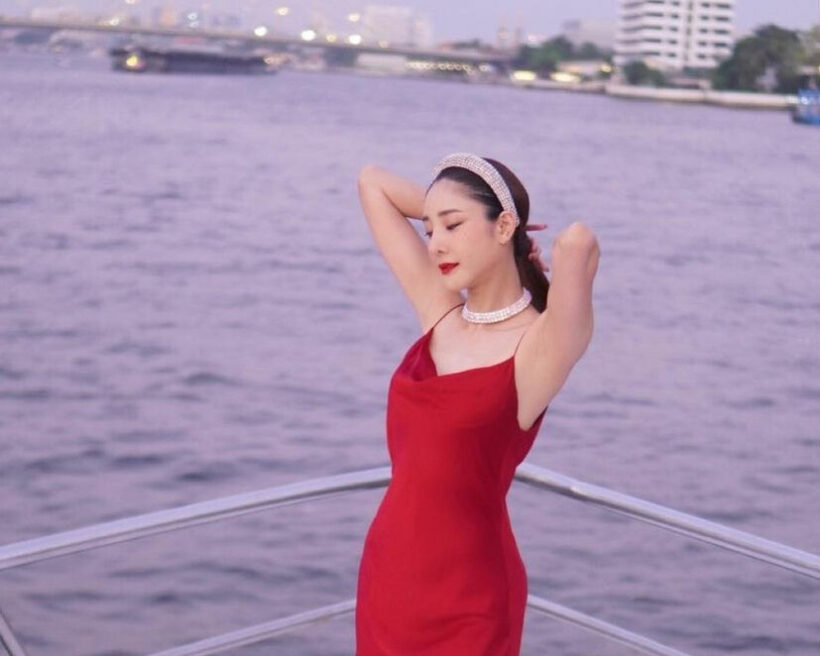 The mother of deceased actress ‘Tangmo’ is demanding a second autopsy on her daughter’s body by the Justice Ministry’s Central Institute of Forensic science. The mother, Panida Sirayuthyothin, went with a lawyer to the First Region Provincial Police Bureau in Bangkok yesterday to make her demand. Panida’s lawyer says Panida is suspicious about wounds on Tangmo’s body.

While a forensic doctor who examined Tangmo’s body denied ‘signs’ that Tangmo was hit in the head, either intentionally or on an object when she fell, a rescue volunteer says Tangmo’s right eye was swollen and bruised, and her teeth were broken.

Panida and Tangmo’s fans still suspect foul play was involved in Tangmo’s death. The latest forensic doctor, on the other hand, claims Tangmo had no broken teeth, head injuries, or any signs of trauma from a hard object.

Yesterday, a crowd of Tangmo’s fans were scheduled to rally “for justice” in front of Royal Thai Police headquarters in Bangkok. Like Panida, Tangmo’s fans claim the investigation into her death is not transparent. Seven people also protested in front of the Nonthaburi police station holding posters of Tangmo and messages calling for justice.

longwood50
With the notoriety rity of this case, I would think the police would welcome a second independent autopsy to confirm their findings. If the second autopsy substantially confirms the findings of the first, then no problem. If there are significant…

Thaidup
4 hours ago, Thaiger said: a rescue volunteer says Tangmo’s right eye was swollen and bruised, and her teeth were broken Was it a prop driven boat?

longwood50
10 minutes ago, Thaidup said: Was it a prop driven boat? Yes pictures showed it had a 300 HP Mercury Outboard. However that still would not explain how or why Tangmo was in the river. If she fell, or was…

What Happens When Foreigners Die In Thailand?