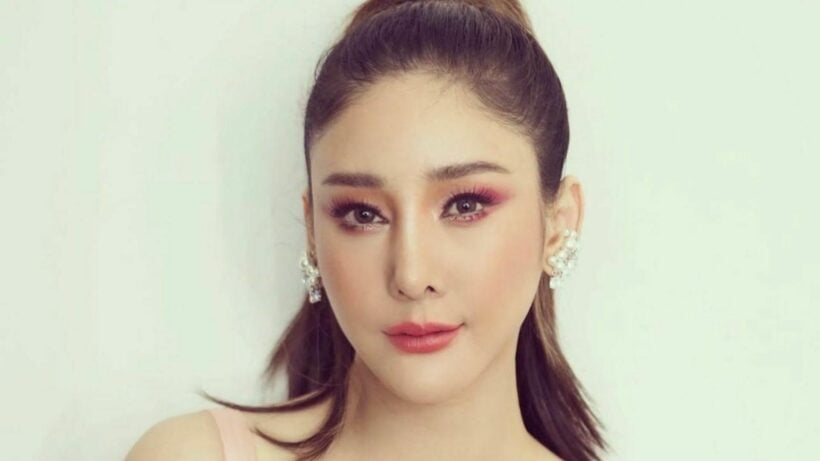 A crowd of fans of Thai actress “Tangmo”, who died last month under suspicious circumstances, will rally today in front of Royal Thai Police headquarters in Bangkok. The rally will begin at 10am today (Saturday) at the police headquarters on Rama I Road. Tangmo’s fans claim the investigation into her death is not transparent. While a forensic doctor who examined Tangmo’s body denied ‘signs’ that Tangmo was hit in the head… one rescue foundation volunteer tells a different story.

“Her right eye was swollen and bruised. I saw her teeth were broken”.

The volunteer says he didn’t reveal this before because he thought the autopsy process would reveal the results. The latest forensic doctor, on the other hand, claims Tangmo had no broken teeth, head injuries, or any signs of trauma from a hard object.

A police lieutenant general says the case is not concluded yet, and police are waiting for autopsy results from Mahidol University and the Institute of Forensic Medicine. He says police have questioned about 80 witnesses so far.

At this stage, police have only charged the boat owner “Por” and the inexperienced skipper “Robert” with operating an unlicensed vessel and negligence leading to death. Police believe, however, that the five people who were with Tangmo when she fell into the Chao Phraya River in Bangkok on February 24, have lied in their statements.

A LINE group for Tangmo’s fans that was set up yesterday notified fans of the rally, and told them to come dressed in black and white. The group has over 2,000 members.

steve860
6 minutes ago, TheDirtyDurian said: Am I the only one bored by this story. It's had it's run now surely. Condolences to the family and all, but why on earth does anybody else care about it. Well said.

longwood50
Seems pretty straight forward. Have the police ask for the autopsy video and photos. If they didn't take any I suspect a cover up. If the photo's or video exist and clearly show no injurities that clears up that rumor…
ShibaBud
....because it's less about Nida or RedBull heir, and mostly about whether money is still buying Injustice, worldwide. The answer is a deafening yes, as it always has been. Benroon
14 hours ago, longwood50 said: Seems pretty straight forward. Have the police ask for the autopsy video and photos. If they didn't take any I suspect a cover up. If the photo's or video exist and clearly show no injurities…