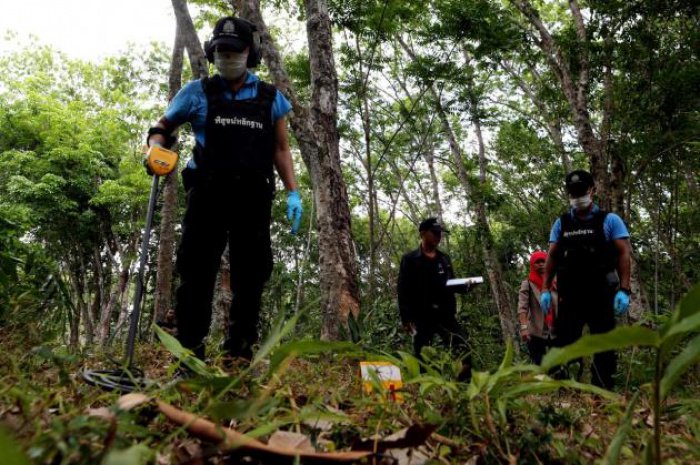 PHUKET: Following Wednesday’s operation in which four suspected insurgents were killed and 22 others arrested in Pattani’s Thung Yang Dang district, the Internal Security Operations Command (Isoc)’s 4th Region Front Command yesterday told the press that operative insurgents had gathered there to plot attacks in the area.
Their aim was to discredit the state’s Thung Yang Dang proactive model to boost locals’ participation in promoting safety, it said.

Following a tip-off that alleged operative insurgents were lying low in Tambon Pithen, the 30-strong combined security team surrounded a targeted area on Wednesday at about 6pm, resulting in a clash with some 30 suspected militants. Four suspects were killed and 22 others, all Muslim men, were arrested. The security team seized three AK-47s, one pistol, and one grenade, which would undergo forensic tests to find links to other attacks.

Pramote said the Front Command offered condolences to the families and relatives of the deceased suspects identified as Suhaimee Senlae, 32; Kolid Mameng, 24; Madari Maeroh, 23; Saddam Wanu, 24. It was initially found that one of them had been out on bail in connection with a crime.

The 22 detainees were sent for interrogation, he said. Pramote also affirmed that the detainees would be treated as per law and community leaders’ participation would be included.

Police and district officials went at around midnight yesterday to inspect the clash scene. A source reported that Kolid and Madari were fourth-year students at a university in Pattani’s Yarang district, while Suhaimee was the son of a former tambon-level administrator.

Wednesday’s operation followed a tip-off by locals, which was also in line with news of some insurgents’ movements to plot attacks at military outposts and create violence in the area, Pramote said. He affirmed that the officers had applied legal measures from soft to hard ones but the suspected insurgents opened fire on them in an attempt to escape. The officers fired back leading to the subsequent gunfight and the four deaths.

“It is possible that the group wanted to create violence to discredit the Thung Yang Dang Model, but the cooperation of locals to alert the authorities about their movement helped us intercept it,” he added.