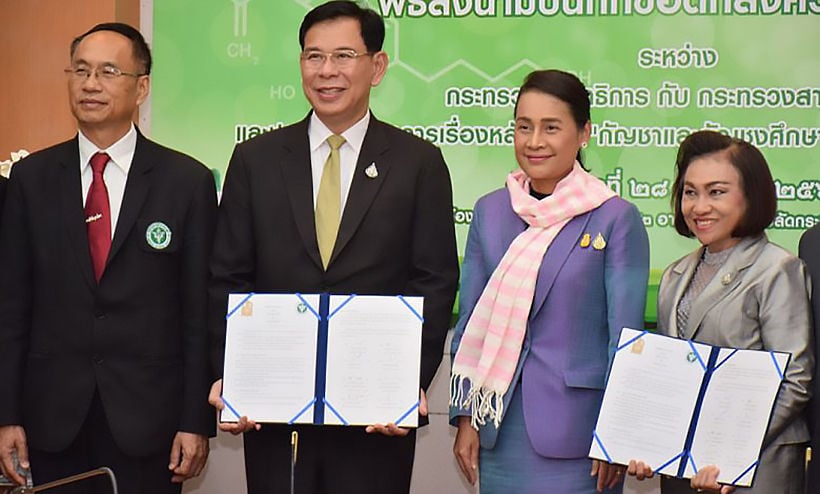 The government wants people to have the facts as the medicinal effects, and possible risks, of ‘ganja’ emerge.

UPDATE: The Cabinet today gave the greenlight for kanchong (cannabis) cultivation to make this type of hemp a cash crop, according to Thai News Agency’s English news.

As earlier reported by The Thaiger, two Thai government agencies have agreed to cooperate to educate the Thai public about the medicinal value, and the potential risks, of marijuana. The Public Health and Education ministries will develop a course of study promoting the medicinal use of cannabis, to be offered by the Office of the Non-Formal and Informal Education (NFE).

Thailand is taking cannabis seriously now marijuana is being seen as a potential cash crop which may benefit Thailand’s economy. The legalisation of cannabis for medical use was allowed last year and Health Minister Anutin Charnvirakul has said he is pushing for the Government to change laws to allow the medical use of marijuana freely.

“The government wants to promote technology that can be applied in medicine, including in the medical use of cannabis and other materials, as a source of income for Thai citizens.”

The course proposed by the permanent secretary of health’s office translates to mean “Studies of cannabis and hemp for informed medicinal uses”.

The aim is to ensure that NFE students and the general public have access to complete and accurate knowledge about existing and potential medicinal uses of cannabis. The Health Ministry has developed innovations for making use of it, and marijuana is now legally cultivated, under strict controls, as a component in both conventional and traditional medicines.

The two ministries will promote the course, which will cover chemical characteristics of the plant, benefits and health risks, legal aspects, and potential uses in mainstream and alternative medicine.

Thailand to screen all airline passengers from China for coronavirus