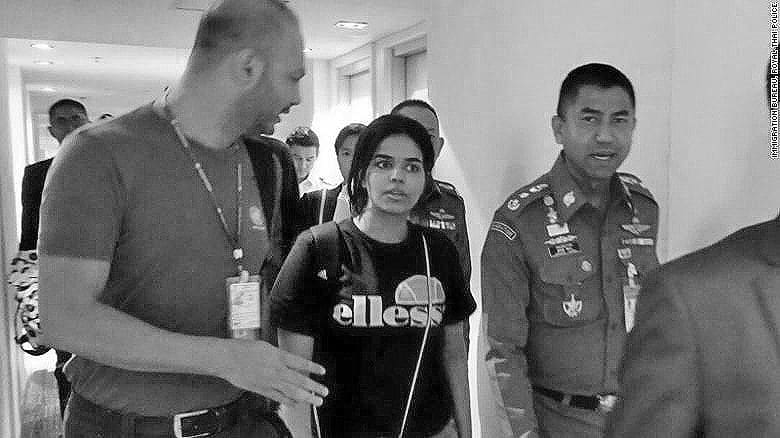 Confusion reigned today over where the 18 year old Saudi woman, who fled from Kuwait to Thailand to escape her allegedly abusive family, would be resettled. Here are some of the key developments in the story today…

• Surachate Hakparn, Thailand’s Immigration Police Chief, initially spoke to CNN saying that Rahaf Mohammed al-Qunun had been offered asylum by Australia as well as Canada. But he later retracted the statement.

• An ABC Sophie McNeill has Tweeted that al-Qunun was “safe and fine” but had been “receiving a lot of death threats” but will be back on Twitter after having a short break.”

• Qunun expressed a wish to be granted asylum in Australia, Canada, the United Kingdom or the United States.

• The Australian Department of Home Affairs and the Canadian Government have both declined to provide any additional statements today.

• Her online social media onslaught, mainly through Twitter, has been so successful that Saudi charge d’affaires Abdalelah Mohammed A. al-Shuaibi told Thai officials through a translator: “We wish they had confiscated her phone instead of her passport.”

No sign of elections, but election officials want 22 million baht of new cars